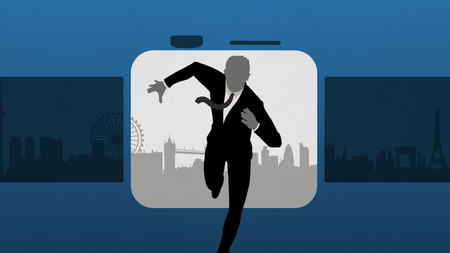 The impetus behind Bossa's Spy_Watch - an Apple Watch game that puts you in constant communication with an imaginary agent in the field - came about after the studio looked at how Apple was positioning its new device.

"They're pitching it as this ultimate, intimate notification tool," says Bossa's Vince Farquharson. The device taps you on the arm, lets you instantly respond to people, and offers tiny scraps of info for quick updates.

"So we tried to make a game around that". What the team ended up with is a game so heavily centred around notifications, you can play most of Spy_Watch without ever loading up the app.

You play as the unwitting heir to a battered spy agency, who learns of their legacy when the organisation's sole remaining agent starts pinging you on your fancy new watch. Your job is to respond to these messages. 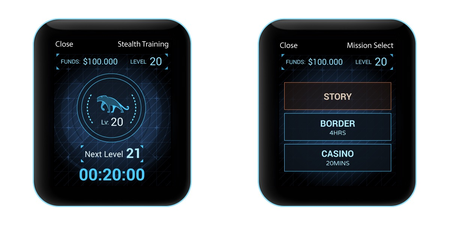 You get two pre-canned responses to pick from. And then you wait. Your agent dutifully follows your advice - perhaps you told him to pick a lock rather than look for a key - and writes back a few minutes later with a status report.

He works in real-time, so a whirlwind visit to Paris to pilfer some secret files will take several hours to complete. You'll want to pick a job (including main story missions, or procedurally generated side-stories) that fits your schedule.

Because your agent won't wait around for your advice if you don't have time to respond. Don't expect your super spy to sit in a flowerpot for two hours, waiting on your decision on bribing or knocking out a guard, if you're stuck in a meeting.

He'll make decisions for himself, and you better hope they're good ones because when you finish a mission you'll receive funds (spent on training, which in turn unlock new missions) based on how many risky decisions you chose.

Though, I'm not sure if the tiny scraps of text provide enough detail to always make a truly informed decision about just how risky each option is. And what the potential outcomes are. Sometimes you just want to ask for more context, but you only ever get two buttons. 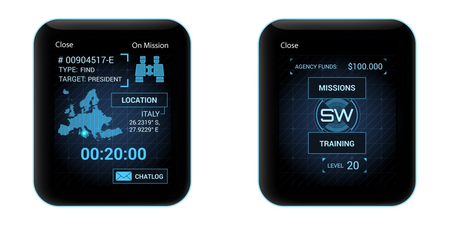 But even with this limited back and forth, it's easy to think of your agent out there as a real person - especially when he takes time to write back, imbues his messages with personality, and because his notifications come in the same style as real messages will on your Watch.

And, more than anything, you can imagine the potential of this sort of intimate, choose-your-own-adventure story where you're having a conversation with another character.

How does it feel to put someone in a life-or-death situation just by tapping on your wrist? How would you feel if your penpal suddenly stopped messaging you for several days? It's an incredibly potent set-up for stories.

And all that makes Spy_Watch quite exciting, and definitely one of the more inventive games coming to the platform. Bossa hopes to have the game ready for the launch of the device this week, and says it will be a premium app.

Due to Apple restrictions, we played the game on an iPhone instead of an Apple Watch. The game can also be played on the phone, and your story syncs between the two devices, but it's designed entirely around the watch.
Next Up :
Noah's Heart first impressions preview - "Puts the 'massive' in 'MMORPG'"