Tilting Point has announced an exciting new update for SpongeBob: Krusty Cook-Off, letting fans of the popular cooking game on mobile get their hands on a brand new location. Players can get ready to scream "aye, aye, Captain" at the top of their lungs as the game welcomes Island in the Sky World, Hole in One Donuts! Restaurant and a meta map to the fray.

In SpongeBob: Krusty Cook-Off's latest update, players can expect to cook up a storm at the Island In The Sky - the fifth world that players can explore in the game. The first restaurant here is aptly named Hole In One Donuts!, where the most skilled fry cooks can indulge in a golf-themed donut shop to spice things up in Bikini Bottom.

The latest update also adds a new Meta Progression system, letting players select their fave diner and visit it in the blink of an eye. Additionally, there will be two weekly subscription offers where players can score gems, coins and other in-game goodies. 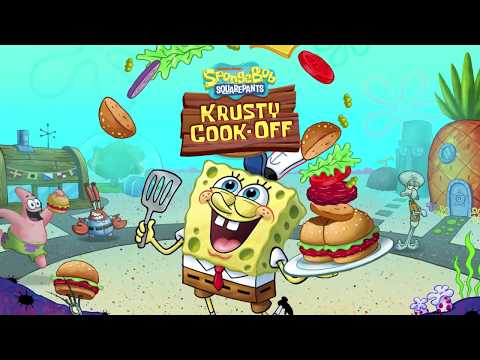 If you're eager to join in on all the fun during this new update, you can download SpongeBob: Krusty Cook-Off on the iOS App Store or give it a go on the Google Play Store for Android devices. It's a free-to-play game with in-app purchases. You can also join the community of followers on Facebook to stay updated on all the latest developments, head on over to the official website for more info on the game, or take a little sneak peek at the embedded clip above to get a feel of the game.

Are you on the hunt for more similar titles that will put your skills to the test on your mobile device? Why not take a gander at our list of the best Android cooking games?

Next Up :
Millistar Raiders, an idle RPG where players fight to take over Devildom, is out now on Android and iOS