Not out at midnight: The ex-Rovio devs at Boomlagoon bring action RPG Spirit Hunter to the App Store [Update]

I am a ghost oooo

iOS
| Spirit Hunter
Updated on September 9th, at 18:54: Boomlagoon says the game will not be out at midnight. It's still in soft launch, and will remain exclusive to New Zealand for a while longer. 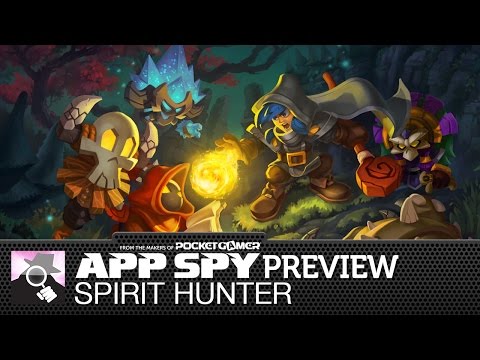 Monsu developer Boomlagoon is trying something new with its next game: the action RPG Spirit Hunter, which is out on iOS, for free, from midnight tonight.

The game's all about collecting and crafting powerful spells to take on hordes of monsters and spirits. You'll also want to gear up with different types of armour and items, which you'll pillage from downed foes.

Everything is controlled by taps and gestures, as you dabble around the hand-crafted stages and do battle with endless hordes of enemies. It has daily quests, and the usual in-app purchases.