Get your ghoul down to the San Remo Hotel

Tonight, from 9pm until midnight PT, Nintendo is hosting a free promotional event to publicise its upcoming investigative horror game Spirit Camera: The Cursed Memoir, which will include an opportunity to play the game ahead of its release date.

As befitting an augmented reality scare-fest such as Spirit Camera, the event will be taking place in 'an authentic haunted hotel'- specifically, the San Remo Hotel.

While the alleged haunting of the San Remo Hotel is a well-documented urban legend, the press release makes it sound like Nintendo will be manning the hotel with actors to help create a guaranteed paranormal atmosphere.

Because of the haunted house atmosphere, Nintendo is strictly enforcing an 18+ age limit on attendees.

Bangs in the night

Still, for gamers, more appealing than staged scares and the general ambience, will be the opportunity to get some hands-on time with the upcoming 3DS title.

With any luck, Nintendo will demonstrate how it plans to integrate the 16-page AR 'Diary of Faces' that comes with the game into the gameplay of the eagerly-anticipated title.

And even if it doesn't show this particular aspect, the advertised food and drink - alongside with the spooky hotel atmosphere - should make the event worth attending.

Attendance to the event is open to the public from 9pm to midnight albeit on a first-come, first-serve basis.

Spirit Camera: The Cursed Memoir will be available in North America on 13 April, with a release planned for Europe. 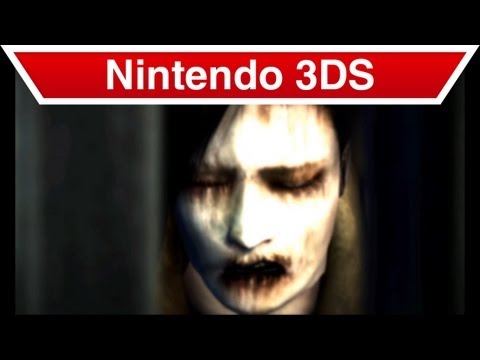