[Update] Spellspire is a neat word game that was soft launched in 2014, finally out now

iOS + Android
| Spellspire
Update on April 14 at 09:43: Spellspire is now out on iOS. We'll let you know when it's live on Android.
Sometimes you need more time than planned. In some rare cases, you need a LOT more times (looking at you Half-Life Episode 3).

It's not on par with Valve's running joke but 10ton's Spellspire has been announced and soft launched at the end of 2014. In fact, you can still check out this version, updated since then, via this link to get it before the release on April 14th.

It's been delayed to change the game's business model as 10tons felt they couldn't release a successful premium game.

Spellspire is a word game mixed with an RPG and the power of your attack depends, in part, on the complexity of the word that you can create with the given letters. 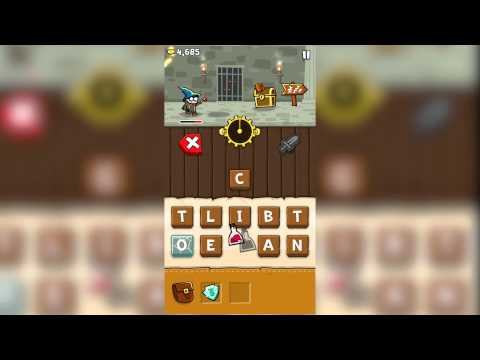 You'll also be able to enhance your powers and upgrade your equipment with coins gained during your adventures.

It's all rather neat and it's coming this Thursday.

Next Up :
Figure Fantasy, Komoe Technology's idle game where you play with figurines, is now on open beta

Avakin Life: A few tips to starting your virtual life in style