iOS
| SpaceChem Mobile
Updated on October 1st, at 11:35: Zachtronics has got back to us with a comment on what has happened with the iOS version of SpaceChem.

It was definitely iOS 9 that caused the game to corrupt and not work. But there's a little more to it than that.

Not good, then. But hey, at least we know that Zachtronics is trying to work around this and get SpaceChem back to us.

If you purchased the game on iOS you'll notice that it's not even available on your download list now. It has really gone.

Last week, a fan of the game brought the news to Zachtronics that the game was broken on iOS 9.

"Ah, crap," Zachtronics said in response. "I'll have to look into this."

It would seem that this issue was critical enough to warrant SpaceChem being pulled from the App Store entirely. At least for now. 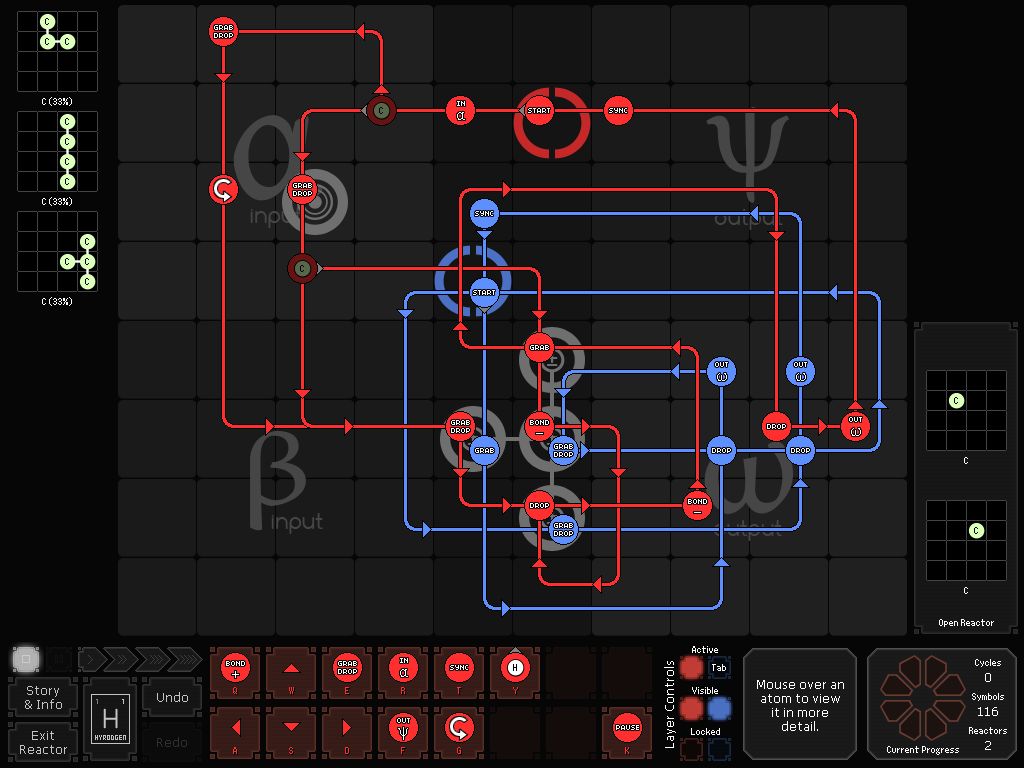 This isn't the only game that iOS 9 has caused big problems for. Previously, 2K pulled BioShock from the App Store as it didn't work on Apple's new OS. However, it will return once it has been fixed.

Then we found out that Capcom had announced that it's not even going to bother to make Monster Hunter Freedom Unite compatible with iOS 9, effectively letting it die out.

We've reached out to Zachtronics to find out if there are any plans to restore SpaceChem to the App Store. We'll update once we hear back.

The mobile version of SpaceChem is still available to purchase for £1.99 / $2.99 on Google Play.