A puzzle too far

Zachtronics has stopped supporting the Gold Award-winning puzzler SpaceChem on iOS and Mac.

"We no longer support SpaceChem on iOS or OS X, as it's become far too difficult to maintain," Zachtronics wrote to Pocket Gamer.

"It's still supported on Windows and Linux, but if that doesn't work for you I'd suggest trying to get a refund. Sorry!"

What this means, for starters, is that you can no longer purchase SpaceChem on the App Store.

However, if you already own it, it should be available in your Purchased list. This means you should be able to download it still but there's no guarantees it'll work.

As Zachtronics says, this may cause you to want a refund, which will involve appealing to Apple. Here's a guide on how to do that. 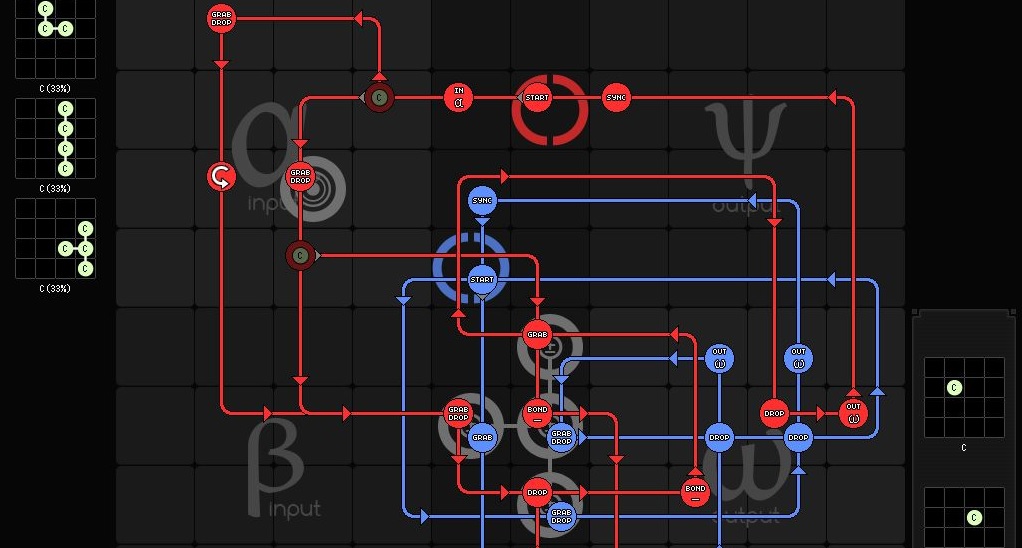 Zachtronics pulled SpaceChem from the App Store in September due to iOS 9 breaking the game and the studio's developer licence expiring.

Speaking to us, the studio said at the time that "it'll be fixed eventually." This is obviously no longer the case.

SpaceChem isn't the only game to have been broken by the arrival of iOS 9. In fact, it caused big studios such as Telltale, 2K, and Capcom to remove games from sale in order to fix them.

It's quite often the case that games and apps need fixes and updates as Apple release new versions of iOS. However, iOS 9 seems to have hit certain titles harder than usual.

For Zachtronics, at least, it's the straw that broke the camel's back.