What’s great about the App Store is the huge number of games available. There are so many games, you’re bound to find a hidden gem when you least expect it. That was my experience years ago with Space Marshals, one of the best games available on Android and iPhone.

I think I just spoiled the whole review with the first paragraph, but that goes to show you how good this game is. Think of it as the movie The Assassination of Jesse James by the Coward Robert Ford, you already know what’s going to happen, now you just how to find out why.

Space Marshals is a top-down shooter game developed by PixelBite. You play as Burton who, after you’ve been reinstated as a Space Marshals, you start on an ongoing mission to capture the biggest criminals in the whole galaxy. Of course, you were one of them too, but now you’ve been forgiven. 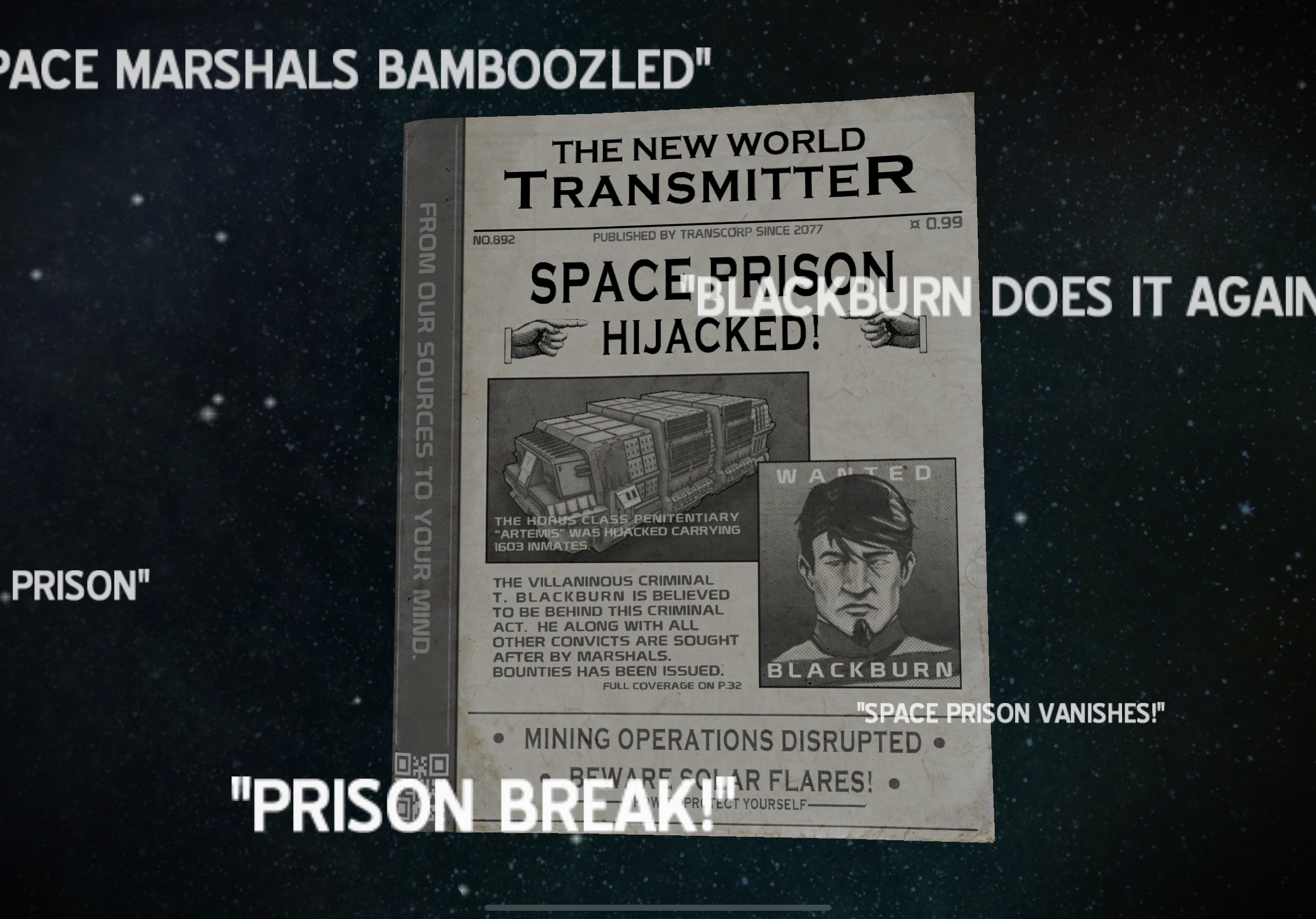 Your journey will take you to different parts of the world, capturing and killing fugitives in different parts of the world. You won’t be alone in this, though. You’ll have the help of the best marshals available and TAMI, an A.I. system that put you in charge of this whole operation. Of course, most of these NPCs won’t really help you that much, but it’s nice to have them.

Being a Top-down shooter, Space Marshals is more about strategy than the shooting itself. You’ll be able to see your surroundings and use the map as well to control where your enemies are and how you can take them down. The first thing you’ll need to do is create a strategy based on the enemies on the level and how you interact with them.

You’ll mostly play each level stealthy. There are many enemies on each map, so you need to plan your strategy accordingly to survive. Fortunately, most enemies aren’t that hard to face, but at first, you’ll need to learn how they move, interact, and attack you. Some are fast, some are strong, and some are fast and strong. 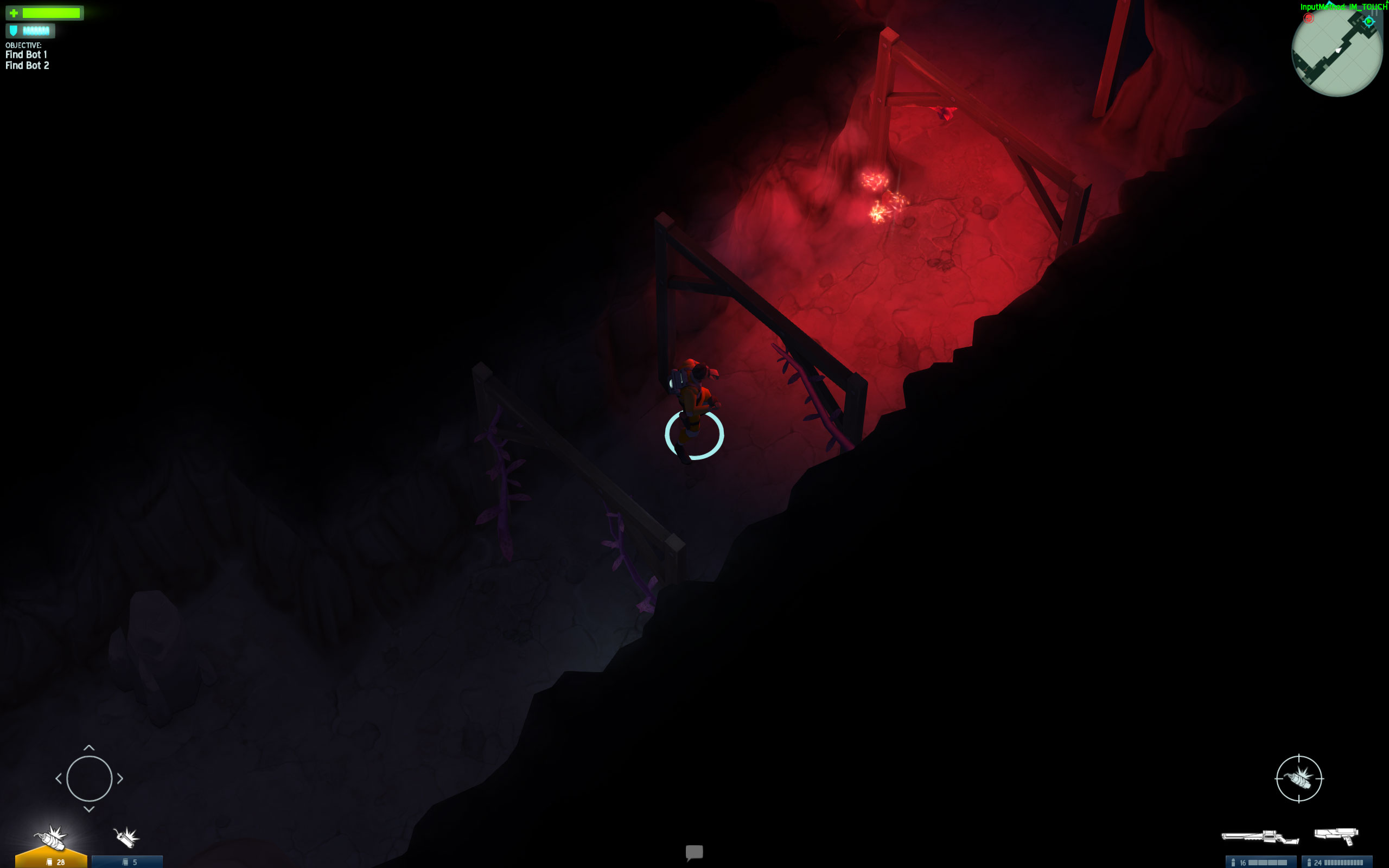 The good news is, you’ll have help. Every time you beat a level, you’ll be able to claim a reward. The more stars, or badges you earn in a level, the better the reward you can choose. There are a bunch of guns, bombs, and armor you can get, so you’ll need to play around with it to find the best weapons for each level and enemy.

You earn stars by completing different tasks on each level. Most tasks are pretty straightforward, like finding clues hidden throughout the level, or not dying. The game doesn’t do a good job telling you what you need to do, but if you go to the pause menu, you’ll find what you need to do.

However, if you’re a completionist, you’ll have a hard time with Space Marshals. You only get one reward per victory, so if you want to complete a single level, you’ll have to play it 2 to three times each. You do learn some speedrun strats that’ll help you beat the levels faster, but for the most part, is repetitive and dull. 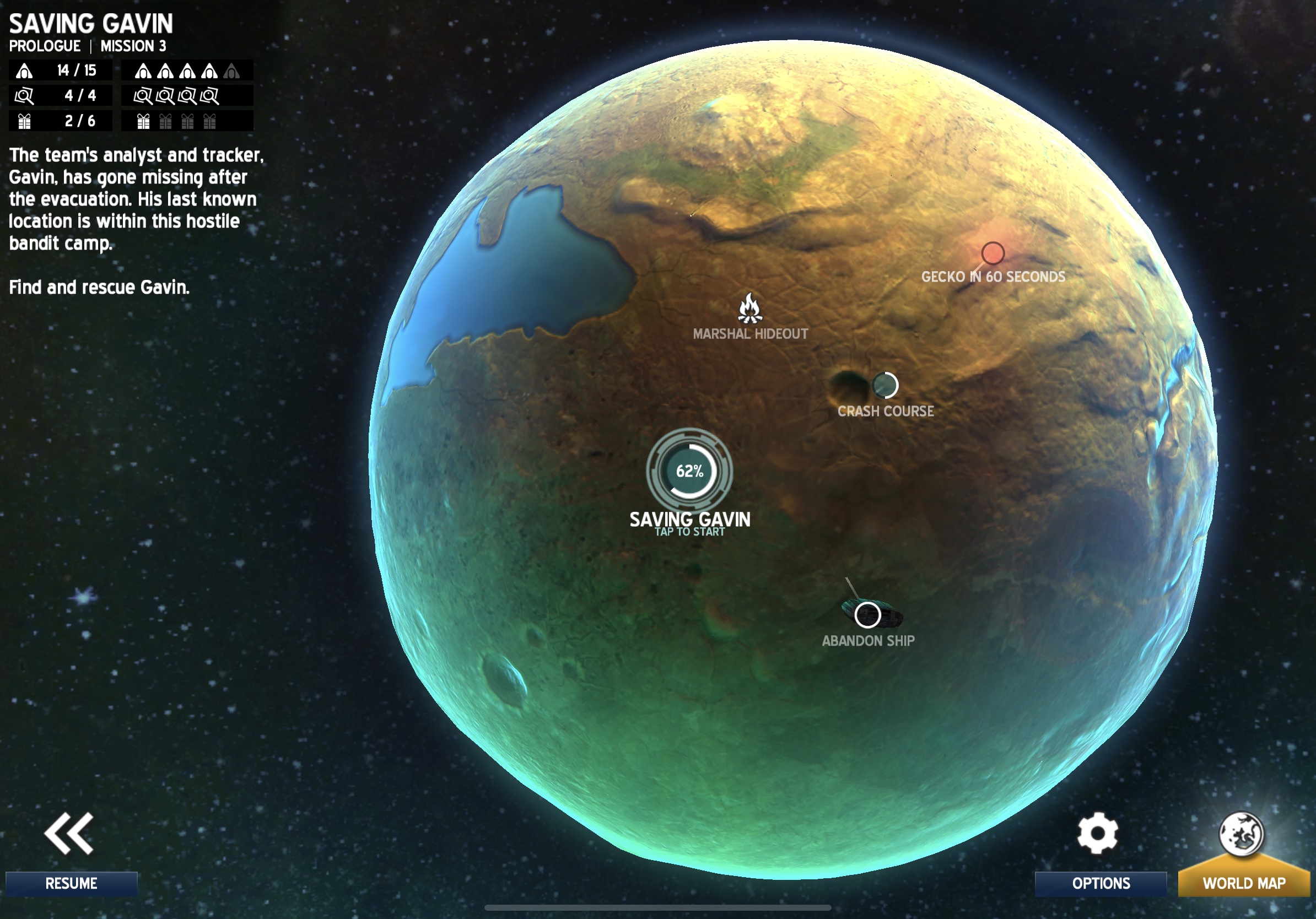 If there’s something I don’t like about this game is how boring it gets when you try to complete it. My advice: Go for the five-star rewards first and keep playing other levels. After a while, you can come back and it won’t be that redundant for you.

Fortunately for Space Marshals, the game is so darn fun to play. The gameplay is pretty simple and easy to learn, and the missions are just fun and hard enough to give you a rewarding challenge the first time you play them. Even if the game gets hard from time to time, I always found myself thinking of a new strategy I could use to beat the level, even when I wasn’t playing.

Space Marshals also does a great job combining the gameplay with your surroundings. Every level is filled with cool details, and most of them you can use to your advantage. Whether is hiding behind a barrel or knowing which enemies lie ahead just by the sound they make. 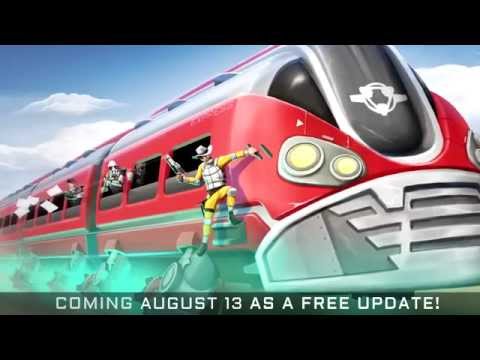 The enemies’ appearances and abilities are also unique and pretty easy to spot. After just one encounter, you’ll know what an enemy does and you can start creating a strategy to kill them before they get you. Everything is well put together to immerse you in the game and make you think and strategize to get the best score possible.

When I first got the chance to play Space Marshals it was because it was free on the App Store and after a while of playing fell in love with it. It’s one of those games you’d love to forget so you can experience it for the first time all over again.

Of course, if you spending $5 on a game isn’t part of your budget, you can always try a game from our list of the best shooters on iPhone and iPad. Some of them are free to play and a ton of fun.

Space Marshals is always a joy to play. Whether you've never tried it, or you played it when it first came out 5 years ago, now it's a great time to look back and play this amazing game.
Next Up :
Evony: The King's Return review

Sci-fi western shooter Space Marshals arrives on Android with a bang, or a stealth kill - it's up to you