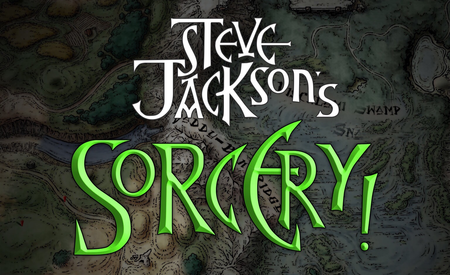 If you thought that Sorcery 3 would be more of the same, think again. Inkle's third Steve Jackson adaptation is massively different from the first two Sorcery games in just about every way.

Well, okay, it's still about picking choices from menus to unravel a choose-your-own adventure narrative. And the quirky battle system and gambling games are back. And it still has that gorgeous aesthetic of cut-out paper-thin characters on lush maps.

But, this one is completely open world. The first two games took you on a relatively fixed path through their environments (The Shamutanti Hills in part one, the city port of Khare in two), but you get to explore this new area - Kakhabad - in whatever way you please. 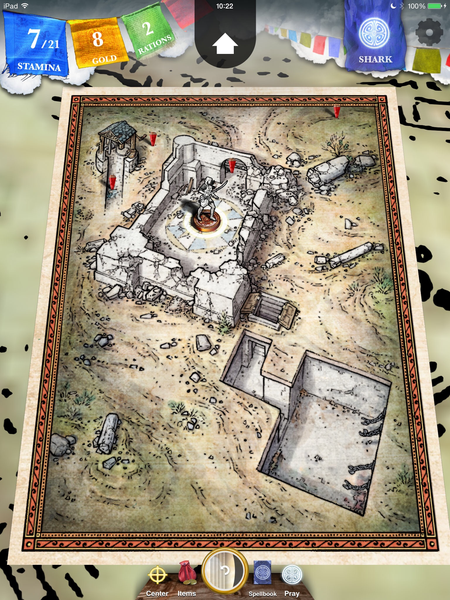 Your job is to hunt down the Seven Serpents - messengers of the Archmage who are travelling to Mampang to warn him of your quest - and kill them. They each have different powers, weaknesses, and of course locations, which you'll need to carefully research before taking on these crazy boss fights.

You don't have to beat up all seven to get through the game. And your success or failure at this mission will dictate the events of Sorcery 4 - just like how your decision to save or destroy Khare in book two carries into this game.

That open world actually has two states, as you can visit locations in the present day - or 1,000 years in the past. By taking over lighthouses and guiding their beams at part of the map, you can reveal the distant past version of a large section of the map.

This also gives the game a focus on puzzles, as you might use your beam to resurrect fallen bridges. And a focus on Easter eggs, as you'll have to hunt high and low for the little narrative treats that have been sprinkled into the game's world. 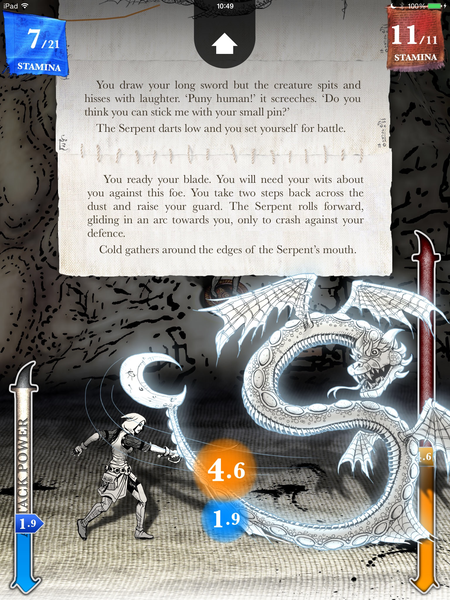 Oh and if that's not all, there's a dynamic day and night cycle that changes what's in the game's many locations. Time passes dynamically, based on the route taken on the map - like in 80 Days.

It's shaping up to be yet another must-play adventure, and even has some interesting new ideas inspired by the response to 80 Days. Look for it later this year, at which point Inkle will have to one-up itself again for the fourth, and final, Sorcery adaption.