Sonny is a turn-based RPG in which you play as a beefed-up super zombie that can talk and think and, y'know, act human-ish.

Admirably reminiscent of its parent flash game series by Krin, it's got a similar charm, a similar story, and neat, comic-like cut scenes to carry us through battle after battle.

The world is collapsing amidst a raging zombie apocalypse and you, Sonny, are the badass saviour the people have been waiting for. But since you're also green, somewhat magical, and a zombie, most people don't know you're a good guy...yet. 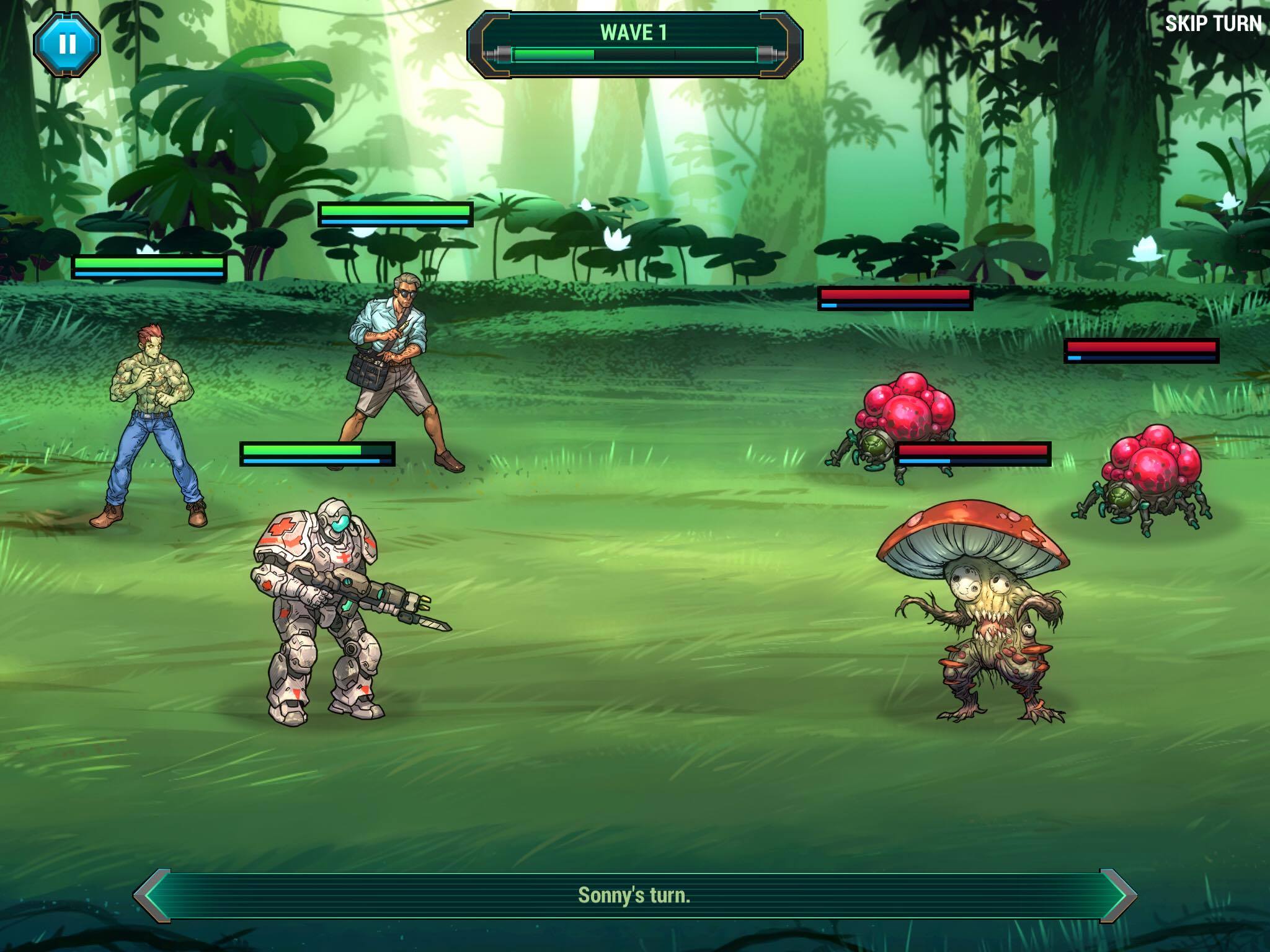 Though you start off solo, eventually you'll pick up more characters to help you battle through different worlds. And trust me, you'll need them.

Each world brings news challenges and new zombies, and a definite increase in difficulty. However thanks to a pretty and no-nonsense skill-tree to upgrade your abilities, you can also rise to meet the challenge if you're smart about it.

With a wheel of special attacks at your disposal you've got to think your moves through strategically. Each attack has a different cool-down period, so it'd be best not to blown them all off at the start.

Some zombie mutations have an ultra-heavy move which can kill you in one strike. By using an attack that stuns your opponent, you can make them miss their turn, causing their attack to defuse. 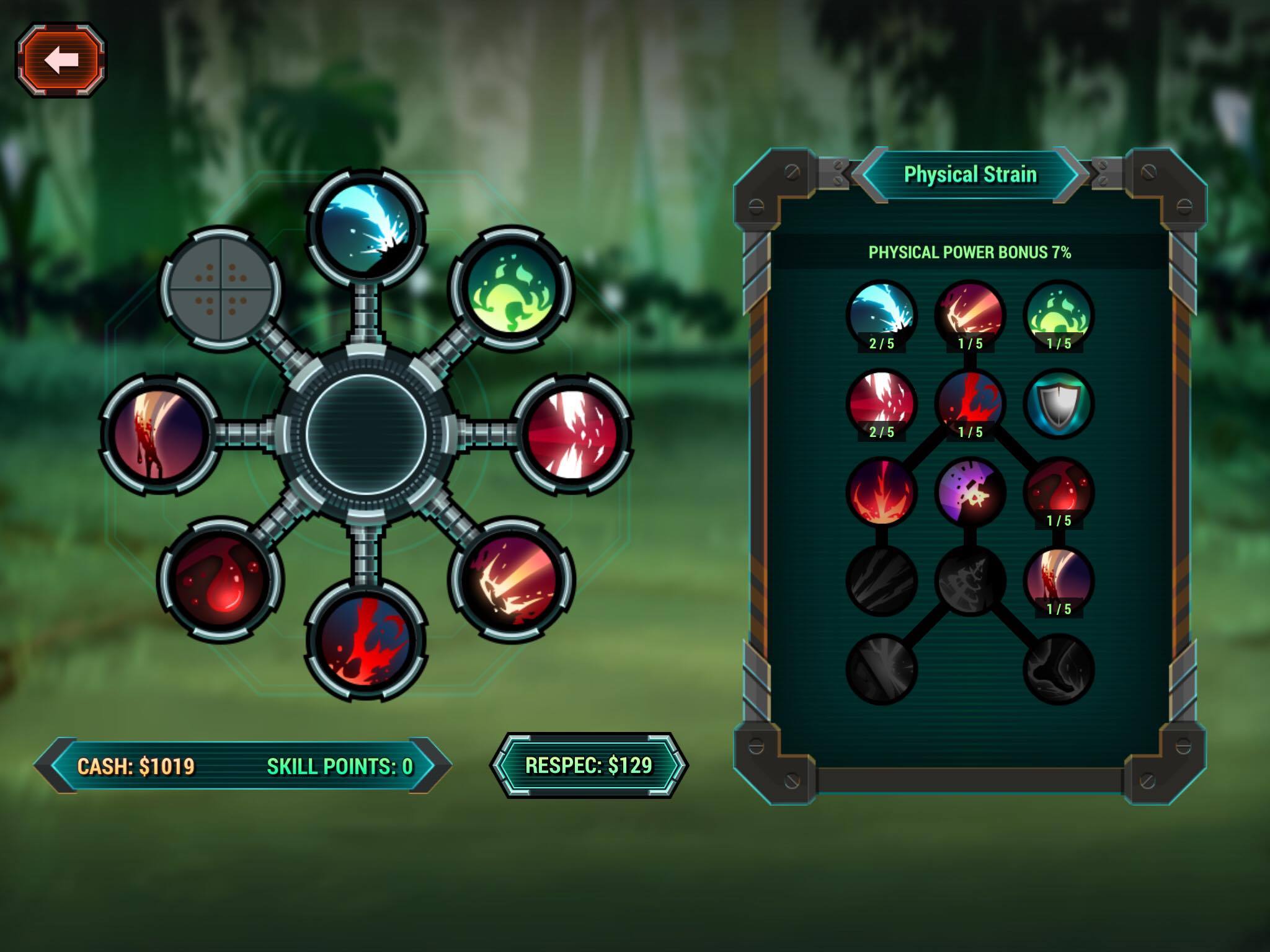 To fend off your foes as the game advances you'll have to invest in different armour, higher-powered weapons, and the usual RPG lark.

When not even your kit can help you, you may have to hit the training ground and mill XP until you've levelled up enough.

Sonny could definitely benefit from having lengthier and more intense training sessions. Usually consisting of only one wave, the enemies you're pitted against basically keel over after being breathed on, so levelling up becomes grating when you're constantly reloading the same session.

Despite its repeated battle structure, the use of colourful characters, gorgeous cutscenes, and intriguing story is enough to break up its tedium in most cases.

However, Sonny is still a brilliant and engaging RPG that doesn't hold your hand throughout.

Sonny is a well-rounded and challenging RPG with a little room for improvement
Next Up :
Pawnbarian review - "A minimalist roguelike that's hard to put down'"