It will be available on Android and iOS

Soda Dungeon 2 is a turn-based RPG sequel to the popular Soda Dungeon. The first game was released on Steam back in 2015, eventually making its way over to mobile devices where it's been downloaded over 1 million times. Soda Dungeon 2 is set to release in 2020 on both iOS and Android.

The game starts off in a tavern where rather than selling alcoholic beverages they sell supposedly excellent sodas. This tavern also happens to be located in close proximity to a gigantic dungeon so it naturally attracts a lot of heroes.

You'll recruit these various heroes and take them into the dungeons where they'll fight a colourful cast of enemies. As you can see from the trailer below there's a good amount of variety in the enemy types. From the serious to the absurd. One moment you could be fighting a dragon while the next you'll be battling a weird cupcake fairy. 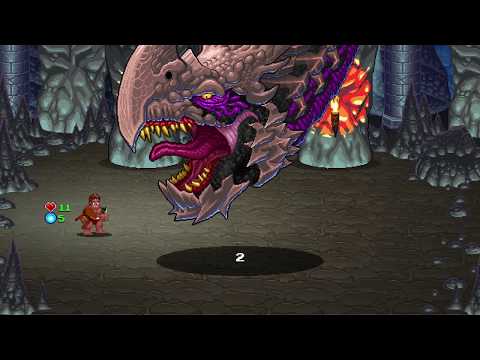 The battles apparently play out in classic turn-based RPG fashion with the option for auto-combat if you want a more laid back approach to the game. You can then spend the money you earn on upgrading your tavern to unlock more hero types or unlock other buildings around town so you can improve your gear.

You'll be able to tinker with the AI so if you do choose to use the auto-combat option you can still have a say in the tactics your party will use. You can also earn loot while you're not playing so it sounds like it can almost be an idle game if that's how you choose to enjoy it.

Soda Dungeon 2 is set to arrive on the App Store and Google Play sometime in 2020. When a more specific release date is announced we'll be sure to let you know. It'll be a free-to-play game that, based on the original, will also have in-app purchases.