It’s been nearly a month since Smash Legends last update dropped that introduced Wukong, the Arena Lab, a new Smash Pass, and more. Now, 5Minlab has released yet another major content update as part of their monthly cycle. It adds on to the ever-growing list of Legends, alongside a few other events. The update is currently downloadable for everyone. 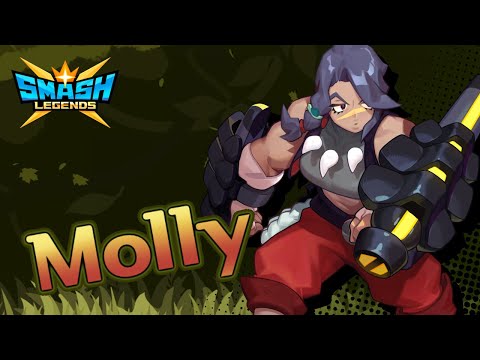 Smash Legend’s June update adds the 27th Legend to the roster – Molly. The last Legend explored the Chinese mythos while Molly is a more grounded heroine, who belongs to the jungle. She is an agile huntress who wields deadly gauntlets with which she bashes her enemies. Add to that her melee skills and counterattacking, Molly becomes a force to be reckoned with. She can be bought from the store or attained via a quest.

The first event that will be a part of this month’s update is Team Touchdown Mode, that is kind of like a refreshed Escort Mode. Whichever team manages to escort the target to the designated location first wins. Escort Mode was part of the rotations in the Arena Lab, but Team Touchdown is here to stay.

Speaking of rotations, four new modes are coming to the Arena Lab on a weekly basis. These will go live every Tuesday, with Dup Touchdown being the first one, followed by Runaway Train, Bomb War, and Mine Laboratory. Team Deathmatches will also receive new rules to revamp gameplay and make it more fun.

Finally, topping everything off is the Credit Hot Time event which will allow players to earn double credits on specific days of the week. Hop into Smash Legends on June 10th, 15th, 24th, and 29th starting from 7:00 am PDT and earn twice the credits for 24 hours. This totals up to a whopping 96 hours of extra credit so make most use of it!

Download Smash Legends now for free on the App Store and Google Play.

Also, check out the best action games to play on mobile!
Next Up :
Razer announces the launch of the Razer Kishi V2, a new, improved version of the excellent controller