Tanks for the ride

In the Silver Award-winning Smash Cops you played as a ludicrously destructive cop. In Smash Bandits, which is due to arrive next week, you get to see what life is like on the other side of the Thin Blue Line.

This switcheroo creates a slightly different dynamic in the latest Smash game. This time you're not racing to catch up with baddies but fleeing for the state line with the cops hot on your tail.

Naturally, being a troublemaker, you're able to fend off Sheriff McBride and his deputies with gadgets like stinger-proof tyres, the 'Stunner' car taser, and even a tank.

Yes, a tank. And a speedboat.

While Smash Bandits has been soft-launched in the Singapore App Store, the rest of the world has to wait until August 22nd.

To tide you over, consider picking up Smash Cops while it's free over the weekend to celebrate the encroaching launch of Smash Bandits. 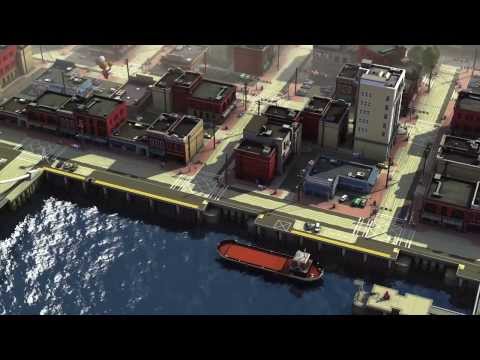 Subscribe to Pocket Gamer on
Touch Arcade
Next Up :
Letter Rooms adds an advent calendar to the anagram game, with a new puzzle to be released every day this December

Break out a tank and get smashing