Agar.io vs Slither.io - which is the best game?

Fight to the death

It's no secret that Slither.io takes some inspiration from Agar.io.

They both start you out as tiny critters (a snake in Slither, a sphere in Agar), in a giant server of a hundred-odd real-life players who are all trying to be the biggest player on the battlefield.

It's a dog eat dog world, and everyone's trying to eat each other in a relentless pursuit to be bigger and better than everyone else. But make one wrong move and you could be killed - and then it's back to square one.

But the games do offer some subtle differences - like who can kill who, and what abilities you have - that actually make the games feel completely unique in play.

So which one's better? Let's hash it out. 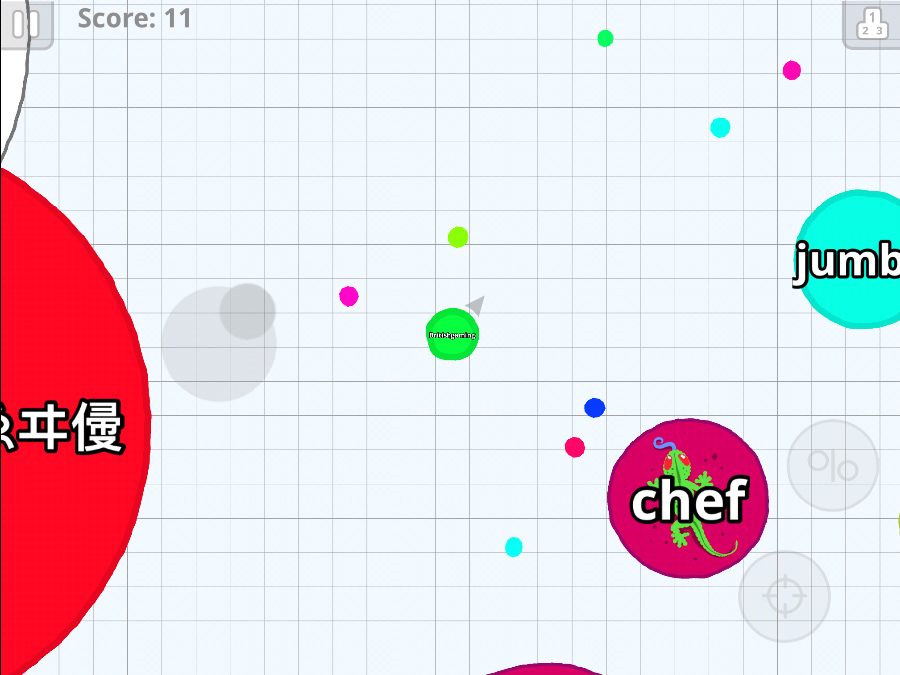 In Agar.io, you can suck up any player that is smaller than you, but you can't do a thing to harm spheres that are larger than you. To balance this out, players become slower and slower the bigger they are, letting small spheres run away with ease.

In Slither.io, however, anyone can kill anyone. If a snake's head runs into another snake's body they will be killed, and drop dozens of glittery gems that any snake can munch on to level up.

This means that the smallest snake in the server could kill the largest snake. It would be hard - large snakes can circle around small ones and then spiral with a nasty death hug - but it is possible.

Unlike in Agari.io where the big can pretty much only be toppled by those who are bigger. You do shrink if you don't keep eating, but with so many smaller critters being unable to fight back, how likely is that?

All this has an interesting consequence: in Agari.io, the big generally stay big and the small usually get crushed. The status quo is kept. But in Slither.io there's always a mad back and forth as big snakes fall and small ones quickly get bigger.

If you've ever been the biggest snake on the server (I got to number two!) you'll know that you can bully smaller snakes - but you also know that one wrong move could end your reign. It's tense as heck.

When it comes to two evenly matched players - let's say one is slightly bigger than the other - in Agar.io the big will chase the small, but probably won't be able to catch up because they're slightly slower. Not a very fun battle.

But in Slither.io, two players can dart back and forth in front of one another, using boosts and quick manueveres to fake the other player out, before the better player goes in for the kill and emerges victorious. Much more fun. 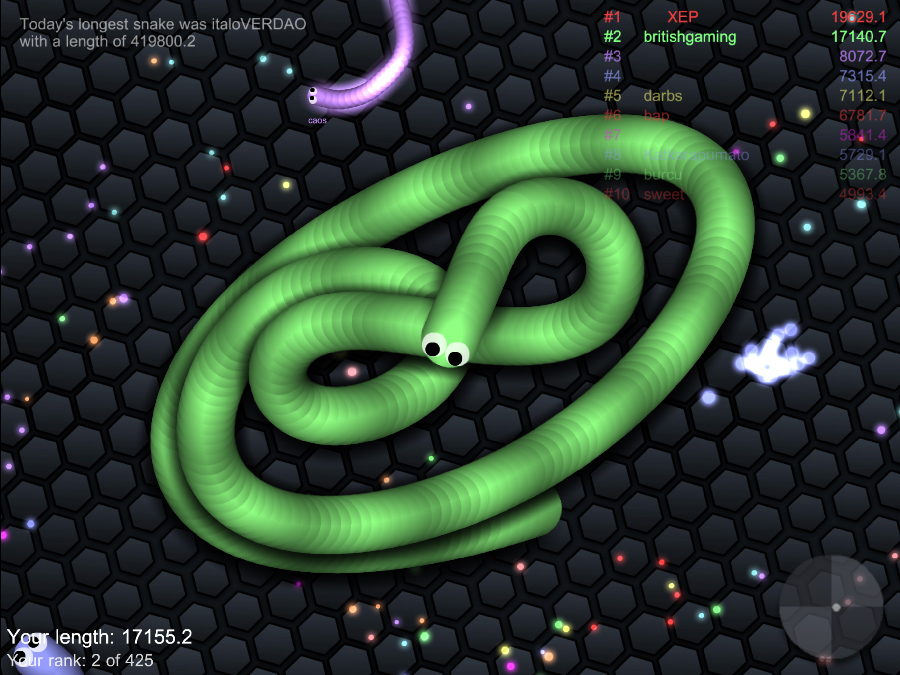 Agar.io does have the more interesting abilities, though. One splits your entire body into two (and can be used again to make even more copies) and then you get to control them all the same time. It's a handy way of escaping, or launching into others.

Another let's you shoot out a bit of your body: if it's big enough, you can consume another player with it.

The problem is, the abilities again give the bigger players the advantage. They are ways for large, lumbering, and slow players to kill faster enemies. And they shoot out so fast that the scrappy little upstarts can't move out of the way.

And if you're already small, what use is it to split into even smaller spheres?

Slither.io only has one ability. Double tap the screen and you'll go into boost mode, which makes you move faster for a few seconds - at the expense of some of your mass. That's it. Simple, but elegant.

It's very clear when the enemy is using it, and can be used by both big and small snakes to gain an advantage. It might not be as flashy as Agar.io's abilities, but it works far better. 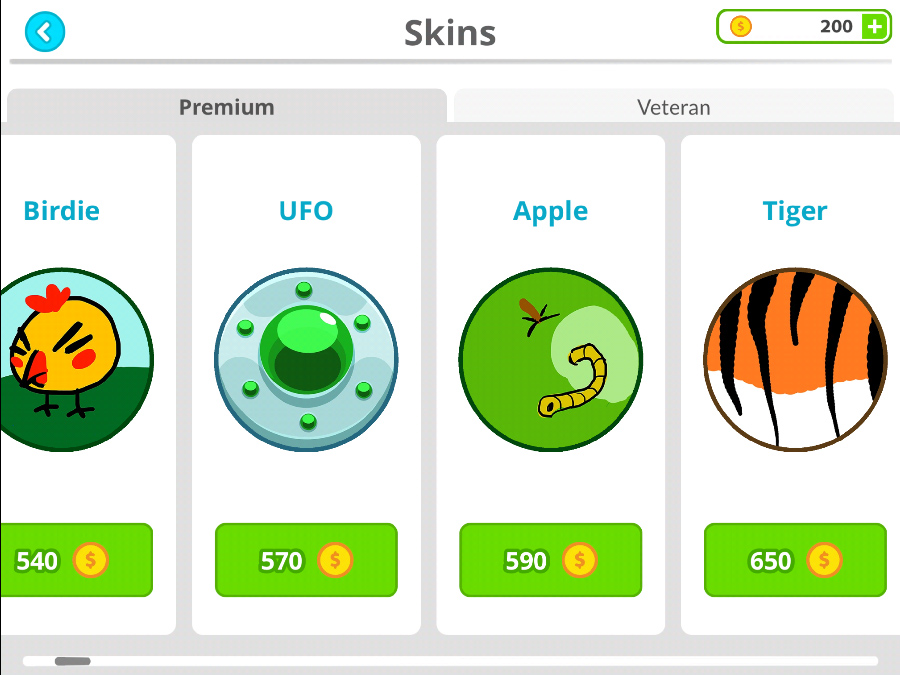 One advantage that Agar.io definitely has is the use of skins. Coins collected in the game, or bought with IAPs, can be used to buy all sorts of circular designs that will make you stand out. Slither.io fans, on the other hand, have to make do with simple colours.

Agar.io players can also buy experience point boosts which is like, okay, fair enough. But also mass boosts, so you can start the game with an advantage. That seems unfair, and gives a leg up to those with bigger bank balances.

Well that's a bit of a shocker. Slither.io might come off as a bit of a clone or a knock-off, but by rethinking Agar.io's design it actually ends up being the better game.

Agar.io is a game about getting bigger and bigger (if you're lucky) - and then staying big as you bully the tiny motes around you. It's only really fun when you're enormous.

Slither.io, on the other hand, celebrates the underdog. The young pup. The scrappy start-up that can take on the big boys, if brave and fast enough. And when you get big and bloated, your reign of terror can be stopped at any moment.

Slither.io is tense and fast, and has a feisty back and forth balance as everyone fights for control. It might not have as many abilities, features, or skins as Agar.io, but I reckon it's the stronger game.

How about you? Should gamers stick to Agar.io, or is it time to move to Slither? Sound off in the usual place.