Is Slither.io about snakes or worms? The definitive answer

We won't worm our way out 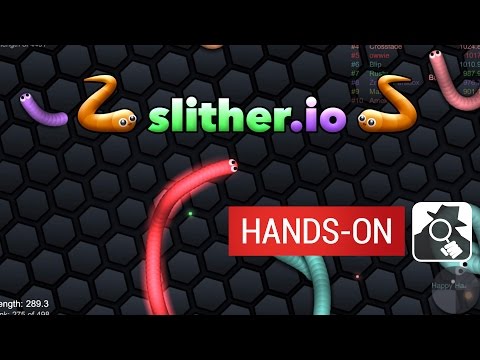 And the question is this: In Slither.io, do you play as a worm or a snake?

And now we have the answer. You play as a snake, obviously. Duh. But here's our evidence.

Worms do not have eyes, nor a nose, ears, or hands. Instead, they use a weird tongue-like love about their mouth called a prostomium, and sensory receptors in their skin, to feel their way through the soil.

Therefore the creatures in Slither.io, with their giant white eyes, couldn't possibly be worms.

They pull themselves a long by tightening up their circular muscles to become longer. They then squeeze up their longer muscles to pull their rear up to the front. And then repeat.

Snakes have lots of ways of moving, including the wavy serpentine motion, a concertina method, sidewinding, and rectilinear movement. We call it slithering.

In the last 60 days, the official Slither.io Twitter account has referred to the creatures in the game as snakes three times. The word worm was never used.

The about page for Slither.io on Facebook says "Play against other people online! Can you become the biggest snake?". To be honest, we probably should have checked this before googling "do worms have eyes"

Well. There we go. What other questions do you have? What's the meaning of life? What's eating Gilbert Grape? We've got all the answers.