Ninja! Archer! Other one! 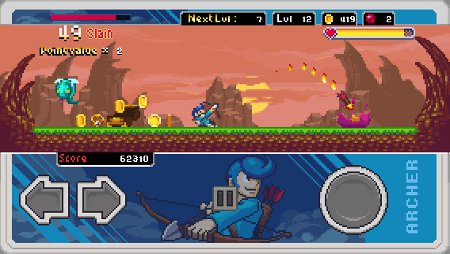 Bronze Award-winning endless action RPG Slayin has been updated with some new content, including new characters, missions, and music tracks.

You can now play as the deadly accurate Archer; the sneaky sneaky Ninja; and the versatile, monster-riding Tamer.

There are a bunch of new weapons and game skins, and new missions and achievements for the three new characters too. Plus there's a new track by Matt Creamer to unlock as you play.

The update, which pushes the game up to version 2.0, is out now on the App Store for nowt.