New studio The Gentlebros is comprised of people who used to work at Koei Tecmo on Dynasty Warriors. Some of them also used to work on Fatal Frame and Dead or Alive.

But, if anything, it's the work on Dynasty Warriors that's going to inform the studio's debut mobile game Slashy Hero.

It's an isometric hack-'n'-slasher in which you swipe your finger across the screen to have a character slice through enemies.

As this repetitive slashing is the main shtick of the game hopefully it's as satisfying as it is in Dynasty Warriors.

It's not shown off in the trailer but requiring different slashing techniques to defeat the different enemies could be enough, for example. Let's hope that's the case. 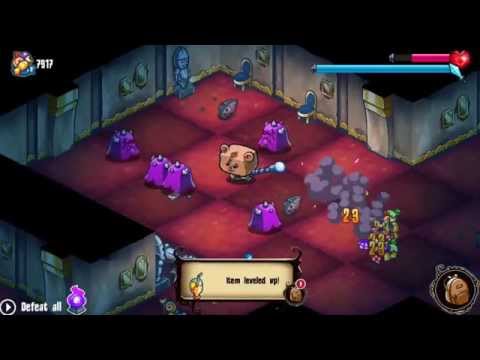 Luckily, there is more to it than slaying ghosts to get back your candy to keep you entertained as you play through its 36 levels.

As you can see in the trailer, it's possible to collect different costume parts to dress up your character in different Halloween outfits.

You'll have to hunt these down with a sharp eye as you play. And the rewards include dinosaur, bear, and Nyan Cat-like costumes.

We'll see more of Slashy Hero as it approaches its launch on iOS and Android around Halloween later this year. Check out its website for updates.