Sky Warriors, Wildlife Studios' air combat game, is out now for iOS and Android devices, letting players duke it out in the skies in fast-paced aerial matches. Players can fly modern fighter jets and engage in thrilling multiplayer battles against pilots from across the globe. 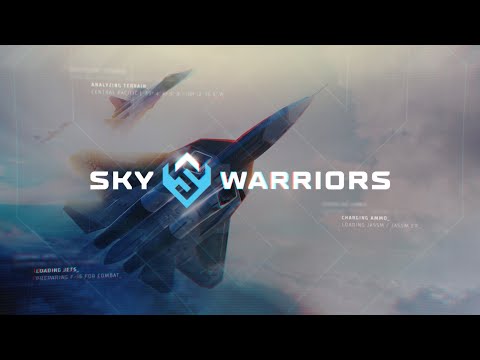 Planes will be customizable with decals and paint jobs, so cosmetics will play a big part when it comes to in-game purchases. Apart from the planes themselves, players can also make use of a wide range of powerful weapons to bring the enemy down.

If you're eager to join in on all the action, you can download Sky Warriors on the Google Play Store for Android devices or on the iOS App Store. You can also pay a visit to the game's official website for more info, have a look at the embedded teaser trailer above for a glimpse of the gameplay, or join the community of followers over on the game's Facebook page.

Are you on the hunt for more heart-stopping titles that will get your adrenaline pumping on your phone? Why not take a gander at our list of the top 25 best action games for Android phones and tablets?

Next Up :
Influent is a language learning game that teaches vocabulary in an immersive way, coming to iOS on October 20th

Idle Huntress: How to get Crystals, codes and more (August 2022)