Square Enix and Pokelabo are back at it again with SINoALICE x NieR Replicant Redux, a collaboration event that first made waves when it was launched late last year. Players can expect everything from new characters to hoodie giveaways this time around as these two popular franchises join forces to bring more RPG goodness to loyal fans and newbies alike.

Beginning today, SINoALICE Global players can enjoy new characters and a freshly written special scenario, as well as new classes for characters Yonah, King of Facade, Kainé, Emil, Devola & Popola, Strange Girl, and Three Little Pigs. Players can also score Young Nier/Paladin as a daily login bonus from now until July 6th. For fans of Devola & Popola and the Three Little Pigs, the collab event "Lies and Atonement" will feature a special scenario for them (until July 6th), and players can also try The Shooting Gallery to acquire collaboration weapons and armor (until July 13th). 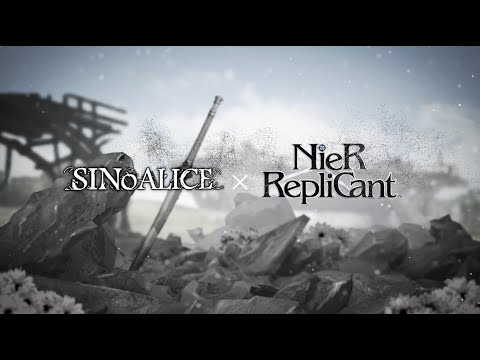 Aside from all the in-game events running throughout the collab event (SR weapon bonuses, collaboration grimoires, and twilight crystals to name a few), there will also be an exclusive giveaway for Discord fans. Simply submit an entry on Discord and react to messages on the campaign channel for a chance to nab an awesome Devola & Popola hoodie you won’t find anywhere else. There will be ten lucky winners from now until June 29, so be sure to check the campaign details to grab the opportunity.

SINoALICE is available to download on the App Store and on Google Play as a free-to-play game with in-app purchases. You can also check out the embedded YouTube clip above to find out more about the exciting collaboration event.

Eager for more Japanese RPGs to obsess over? Check out our list of the top 25 best JRPGs for Android phones and tablets!