Pokelabo has confirmed its mobile role-playing game SINoALICE will be partnering up with the anime series Rozen Maiden in a future update. The collaboration will be available for iOS and Android devices.

When quiet middle schooler Jun Sakurada receives a mysterious package accompanied by the note “Will you wind?”, he’s forced to choose between two paths which merge later in a surreal reality where both choices were taken. 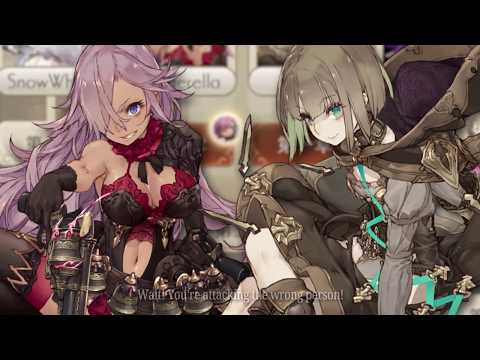 The Rozen Maiden collaboration event brings the beloved characters from the anime to SINoALICE, as well as a special scenario and music from the original soundtrack.

To celebrate the upcoming update, Pokelabo is holding a special campaign for fans of the game or the anime series. This is called the “Wind? Or don’t wind?” event.

To enter, you must tap on the GIF image of the campaign post on any of SINoALICE’s social media accounts, screenshot your results and then repost that on social media with the hashtag #CrystalsForRozenMaidenCollab. If more than 50 posts are made, all global users of the game will receive 300 twilight crystals as a gift when the update launches.

Pre-collab "Wind? Or don't wind for crystals?" Campaign
Tap the image and post a screenshot of your results with the tag #CrystalsForRozenMaidenCollab !
50+ posts will earn everyone 300 twilight crystals!#SINoALICEGlobal ?Post by replying to "Will you wind for crystals?"? pic.twitter.com/xGqzm3kuJD — SINoALICE Global (@sinoaliceglobal) May 13, 2021

You can find the exact tweet you need in order to enter the campaign above.

SINoALICE is the mobile fantasy RPG from the mind of Yoko Taro, who is also known for creating the Nier and Drakengard series. If you want to check out the game for yourself you can download it here from the iOS App Store and the Google Play for Android store, where it is a free to play title with in-app purchases.

Check out some of our favourite RPGs right here.
Next Up :
Harry Potter: Puzzles & Spells welcomes the Yule Ball with special rewards and an unlockable Epic Yeti