There are also some real-life prizes on offer

Pokelabo Inc and Square Enix's SINoALICE is now six months old, which in the world of live service mobile games is a cause for celebration. This will include a variety of in-game events alongside new character classes for players to grab themselves.

First up, a free daily x11 grimoire will be available to every player until January 5th. In addition to some in-game rewards, doing this grimoire on a daily basis will also enter players into a draw to enter real-world prizes that will include Bluetooth headphones and tablets.

Meanwhile, a new class will debut on both the Japanese and Global servers of the game called International. This will become available for two characters, Alice/International and Princess Kaguya/International. 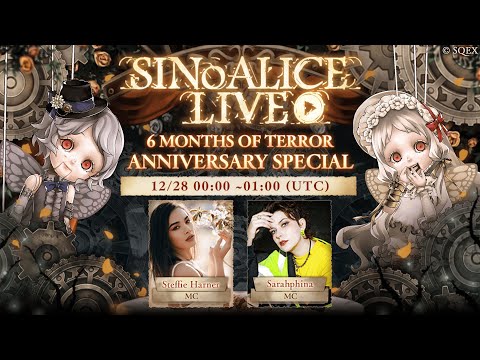 Pokelabo Inc is also looking to bring back players during the six-month anniversary with a Comeback Promotion event. This is aimed at those who haven't logged into SINoALICE for thirty days or more. It will be a series of login bonuses that will include the following:

Players will also be able to grab themselves up to 780 twilight crystals from a more general login bonus. Additionally, a further 220 can be obtained during the Purification Sweep campaign where they'll earn crystals based on the number of nightmares purified in the Library.

SINoALICE is available now over on the App Store and Google Play. It's a free-to-play game with in-app purchases.

Looking for more RPGs to play on your phone? Here are 25 of the best available for iPhone and iPad
Next Up :
Fortnite v21.20 update brings New Indiana Jones skin set, Charge SMG, and more