SINoALICE Global is adding a new layer of awesomeness to the fantasy RPG with its Final Fantasy Brave Exvius collaboration event, coming to iOS and Android this October 27th. Pokelabo Inc. and Square Enix is celebrating the collab event with in-game giveaways and an FFBE Collaboration Kickoff Social Media giveaway in real life.

The Collaboration Promotional Event for the SINoALICE x FFBE crossover will feature fan-fave characters, an exclusive collaboration original scenario, plus iconic songs from the FFBE franchise as composed by Noriyasu Agematsu. Plus, players who log in during the collaboration event can score Rain/Breaker as an in-game gift from October 27th after maintenance until November 10th.

Meanwhile, the FFBE Collaboration Kickoff Social Media giveaway is already well underway. Fans can simply follow SINoALICE Global's official social media accounts to join in on all the festivities. All you have to do is head on over to the game's official Twitter, Facebook, and Naver Cafe pages and retweet or comment on the campaign posts accordingly to participate in the giveaway. 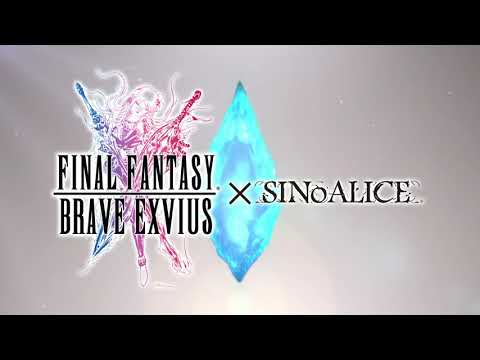 From October 16th to October 24th, you can take part in the social media event and you might just be one of the three lucky winners of a two-volume FINAL FANTASY BRAVE EXVIUS Original Soundtrack set.

If you're eager to know more, you can visit the official collaboration page to stay updated on all the latest developments, or download SINoALICE on the App Store or on Google Play as a free-to-play game with in-app purchases. In the meantime, you can take a peek at the embedded teaser trailer above to hype yourself up even more.

Are you on the hunt for more role-playing games that'll have you setting off on an epic quest to save the world? Why not take a gander at our list of the top 25 best RPGs for Android phones and tablets?

Next Up :
Fluffy Run is a minimalist racing game where you catch musical notes to progress through a breathtaking track