First reported on Touch Arcade, the official release date for Sin Chronicle has been announced - Japanese fans of the game will soon be able to play the "true RPG" on their iOS and Android devices on March 23rd. SEGA's highly anticipated title will supposedly feature important decision-making nodes where players' choices will have lasting consequences throughout the narrative.

While there's no official word yet as to the exact date of the global release, Sin Chronicle does look promising given its production value. It boasts a musical score crafted by Kevin Penkin of Star Wars Visions and Florence fame, as well as a host of talented guest composers such as Final Fantasy's Masashi Hamauzu, Chrono Trigger's Yasunori Mitsuda, Streets of Rage's Yuzo Koshiro and more. 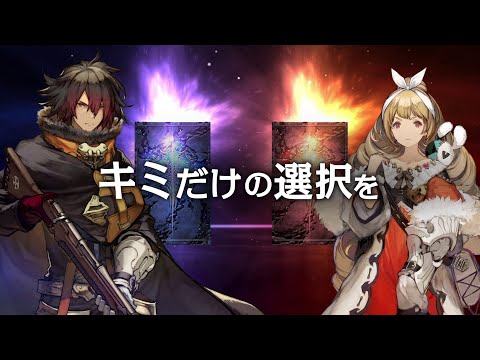 The game also boasts a vast open world that players can explore to their hearts' delight, along with action-packed hack-and-slash combat and an intriguing story. It does seem like it has a gacha system for characters, but what makes the summons pool more interesting is that characters will have interactions with one another once recruited.

If you're keen on knowing more about the follow-up to 2013's Chain Chronicle, Sin Chronicle is available for pre-registration on the official website. You can also check out the Google Play Store for Android devices and the iOS App Store for more info - it's a free-to-play game with in-app purchases. You can join the community of followers on Twitter to stay updated on all the latest developments, or have a look at the trailer embedded above to get a feel of the visuals in store for you as well.