Founded in 2017, French indie developer CDO Apps is all about creating simple, creative and original apps for the mobile. Silly Memory, its first puzzle game, takes the tried and true mechanics of matching-pair memory games and frames a light-hearted sci-fi story around them. But there’s more for you to enjoy than that. Here are 6 great reasons to play. 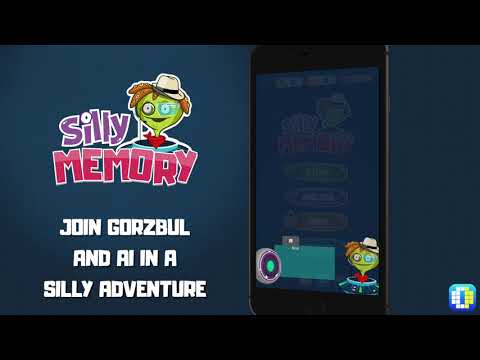 One: for the story

There are plenty of matching puzzle games knocking around app stores, but often the story is an after-thought (if there’s one at all). Silly Memory, on the other hand, puts the intergalactic tale front and centre. It tells the story of a lime-green alien called Gorzbul who begins intercepting messages sent from a far away planet – a pale blue dot called Earth. Curiosity gets the better of him, and he decides to follow the transmissions to their source… but he’ll need help to get there. Stood in his way are 30 levels of increasingly challenging matching puzzles that you’ll have to solve. But even when the going gets tough, there are lots of funny in-game exchanges, pop-culture references and Easter eggs to keep you motivated. 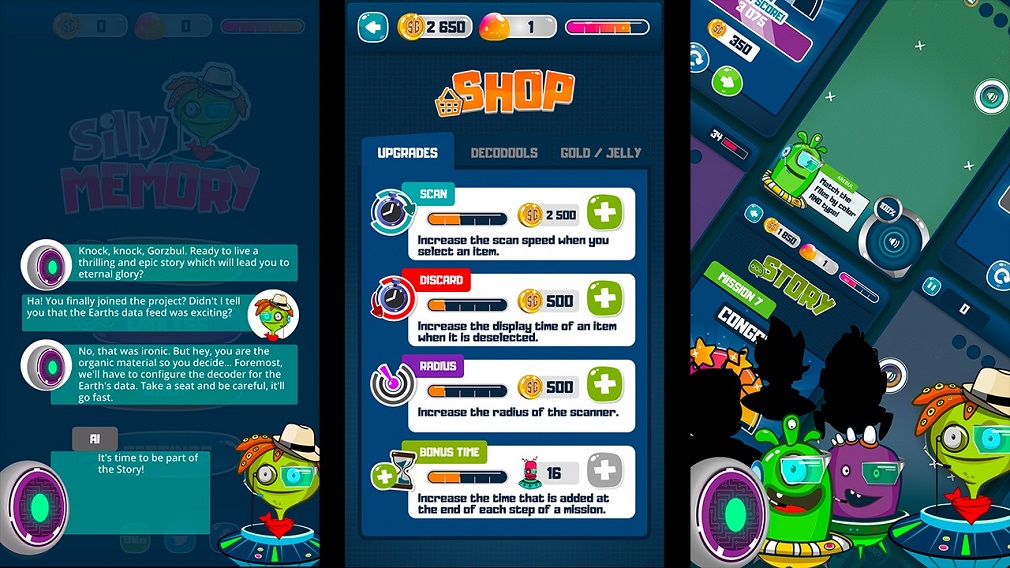 Two: for the weekly challenges

When you want a little break from story mode, take on the weekly challenges instead. These let you mess about with some more advanced tech as you tackle three tiers of puzzle complexity. There’s also a competitive ranking system, so you can test your skills against those of other players. You’ll gain more than kudos if you do well, though – the higher you climb in the rankings, the bigger and shinier the rewards you and Gorzbul will whiz away with.

Three: for the unusual gameplay

Silly Memory puts a novel spin on the standard matching-pair memory games, making the most of the touch-screen technology of modern mobile devices. There’s a focus on speed and logic as you make your way through space one level at a time, matching terrestrial transmissions to draw Gorzbul ever closer to Earth. The cartoon visuals and sci-fi setting all add to the uniqueness.

Four: for the endless mode

For when you want to see just how long your puzzle-solving skills can keep up with the ever-growing challenge, there’s endless mode. Match one pair after another, for as like as you can. It’s a great option for when you’ve completed the story mode but still want to enjoy the game, test your skills and beat your own high scores.

Five: for no intrusive adverts

In-game adverts are often a ‘necessary evil’ in free-to-play games, and some developers handle their implementation better than others. The last thing you want is a screen-hogging pop-up every time you change menu, or restart a level, or take a breath. Thankfully CDO Apps has kept the ads to a minimum, and integrated them tastefully into gameplay as an optional way of gaining more currency or bonuses. You can also make in-game purchases to support Silly Memory, but all content stocked in the shop can be acquired for free by spending the currency you’ve earnt through playing for free.

Six: for the characters

As well as our little green man Gorzbul, there’s a host of other quirky characters – seven in total – you’ll stumble upon during your voyage through space. AI, for example, is a helpful computer who will accompany you on your journey, but it does have a tendency to be a bit sarcastic. Sarcasm’s even more difficult to detect when its coming from a robot, as Gorzbul discovers first hand.

Tempted? Download Silly Memory on Android or iOS to match your way through the galaxy, meet fellow extra-terrestrials as you go and challenge your brain and finger reflexes.

What's A Preferred Partner Feature?
From time to time Steel Media offers companies and organisations the opportunity to partner with us on specially commissioned articles on subjects we think are of interest to our readers. For more information about how we work with commercial partners, please read our Sponsorship Editorial Independence Policy.
If you're interested in becoming a Preferred Partner please click here.
Next Up :
Figure Fantasy: What to expect from the epic Ultraman Tiga collab