New DLC that's all about the outback

Civilization VI is travelling a little farther afield, transporting players to Australia in the game’s latest DLC add-on. The Australia Civilization and Scenario Pack allows you to lead this island nation to a future of prosperity.

Players will govern Australia as John Curtin, and will get full housing from coastal starts, which should make it easier for your cities to thrive. Australia also gets improved production when the country is a target of war or if Australia has liberated a city, thanks to Curtin’s Citadel of Civilization ability. 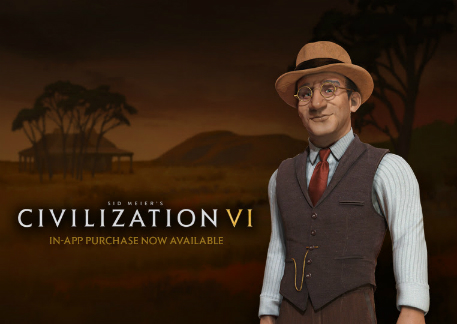 Australia gets a new “Digger” unit that grants bonuses to land combat when the unit is next to water and when fighting outside of its territory. Meanwhile, the Outback Station is the region’s exclusive tile improvement, which gives food and production. The pack adds Uluru as a new natural wonder, as well.

Of course, a new civilization is not complete without a fresh scenario, too. Folks who purchase the Australia pack will also get to play the Outback Tycoon scenario, which places you in control of one of Australia’s four colony governments. The scenario is purely economic-focused, with no combat. Your main goal is to explore and build up Australia’s wealth.

You can buy the Australia Civilization & Scenario pack now for £4.99. To celebrate the new release, Civilization VI (which you’ll need to play the DLC) also happens to 50% off on the App Store at the moment. You’ll have a chance to nab the game at half-off until May 17. While you’re at it, check out our essential Civ VI guide for helpful tips and tricks to get you started.

Next Up :
MIR4 adds Hell Raid content for high-level players along with new upgrade systems in latest update