It will stick around until December 29th

Sega's popular mobile RPG Shin Megami Tensei Liberation Dx2 has announced a new collaboration that will be taking place in the game. It will be with GHOST IN THE SHELL: SAC_2045 and will see a host of characters and events from the show making an appearance.

This collaborative event is set to kick off tomorrow and will run until December 29th. During this period, players will be able to complete a brand new collaboration quest called Ghost of Cyberspace where you can expect characters from both to interact alongside a plethora of different rewards.

Beyond that, they will also be able to play through a special collaboration story between GHOST IN THE SHELL: SAC_2045 and Shin Megami Tensei Liberation Dx2. This won't immediately be unlocked from tomorrow, however, and will instead become available at some point during the collaboration. You can check out the trailer below for a sneak peek of what to expect.

Elsewhere, a few new characters will be unlockable too. This will include 5-Star Motoko Kusanagi and 4-Star Tachikoma. The latter of these two characters can easily be obtained simply by logging into the game during the collaborative event period. 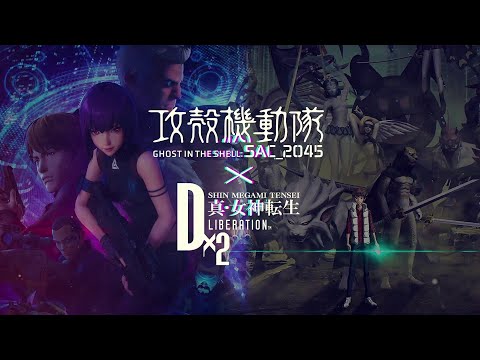 This isn't the first time the popular RPG has held a crossover event. Earlier this year they also teamed up with Bayonetta and introduced characters from Platinum's stellar hack 'n' slash title to celebrate its 10th anniversary. That's right, Bayonetta was, in fact, released over 10 years ago at this point. Time truly does fly.

Shin Megami Tensei Liberation Dx2 is available now over on the App Store and Google Play. It's a free-to-play game with in-app purchases.

Looking for more stellar RPGs to play on your phone? Here are 25 of the best that are available for iOS and Android
Next Up :
UFO99 lets you battle block monsters and collect pixelated critters, out now on Android