Tonight, we fight in shell!

Fact: there just aren't enough reptiles in the military.

Slick Entertainment has recognised this, and through its upcoming side-scrolling iOS game Shellrazer, it's seeking to rectify it.

In Shellrazer, you take charge of a caste of warriors who have major beef with goblins. In order to obliterate their foes, these combatants hitch a ride across the continent on some giant migratory turtles and dish out all manner of bullet-based pain.

With a whole host of weapons, customisation options, and levels to power through, Shellrazer seems set on quenching the thirst of iOS side-scroller fans everywhere.

Shellrazer will blast onto the App Store on July 26th as a Universal app. Its price hasn't been revealed yet.

While you wait for Shellrazer to go live, check out its trailer below. 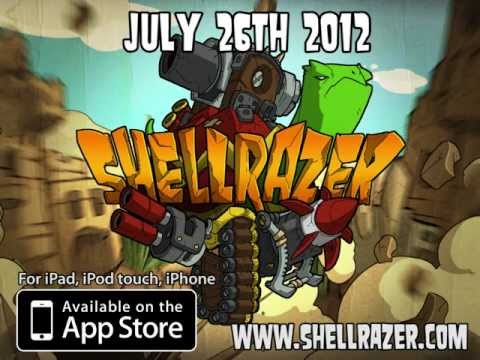 Subscribe to Pocket Gamer on
Next Up :
MU Archangel's latest update features new gameplay mechanics and a level cap raise