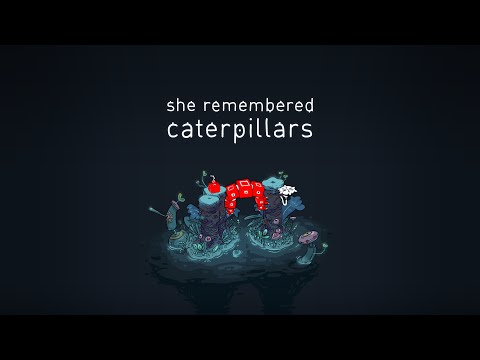 Subscribe to Pocket Gamer on
She Remembered Caterpillars will tell a story of love and family through hand-drawn puzzling when the game comes to Steam later this year and mobile early 2017.

In a gorgeously-illustrated fungal world, floral beings sleep. Each level is a network of colored bridges and gates and waiting flower pads. You need to move each being to a pad, a task that grows increasingly complex once the color mechanic is introduced.

Red and blue beings can cross same-colored bridges, but can't pass through same-colored gates, while two beings can combine into a single purple character. You must carefully consider which colors to move where, when you'll need to combine or separate colors, and other elements to solve the game's tricky puzzles.

She Remembered Caterpillars is expected to release on Steam this fall, then later on iOS and Android. A demo of the game is currently available on Steam.