Could Shadowgun Legends be coming to iOS and Android as early as next month?

I know, it's been a long and exciting trip but Shadowgun Legends is finally taking further steps towards worldwide release and we couldn't be happier. 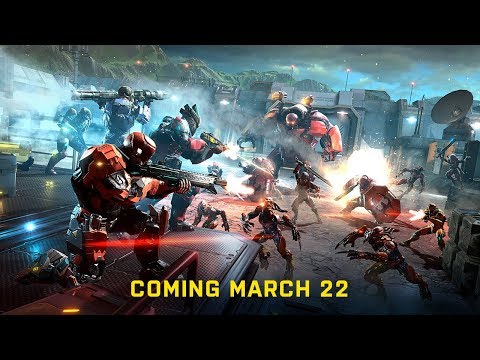 Subscribe to Pocket Gamer on
After first dabbling in the game and seeing your comments in 2016, and again in 2017, it's safe to say the mobile community has been super hyped, and anxious, about the title for a while. Once it soft-launched on iOS and Android last November we knew the full release couldn't be too far behind.

Whilst MADFINGER Tweeted out that its Android pre-registrations were now available (though you've been able to pre-register generally for rewards for a little while), when replying to a comment in the thread it looks like the game might be arriving in March.

I say 'might' just in case anything delays it further, but this is pretty darn exciting. Of course, looking at it more skeptically that could also mean a solid release date would be announced in March, but we'll have to wait for more information.

Pre-register for the game on Google Play now. There's no sign of it going up for pre-order yet on iOS, but give it some time.

Next Up :
State of Survival brings MMA-themed goodies into the post-apocalyptic strategy game