Have you picked up Sdorica yet? The charming 2D artstyle, cute characters and interesting battle system make for a friendly and enticing mix, so you should definitely jump right in.

The combat in Sdorica is a bit different though, using coloured orbs that you can match toghether and swipe through in order to attack. Here, we're talking about how you can make the most of combat and slay your enemies.

It's a cute game, but that doesn't mean you won't get tough sometimes. Read on for everything you need to know about Sdorica! 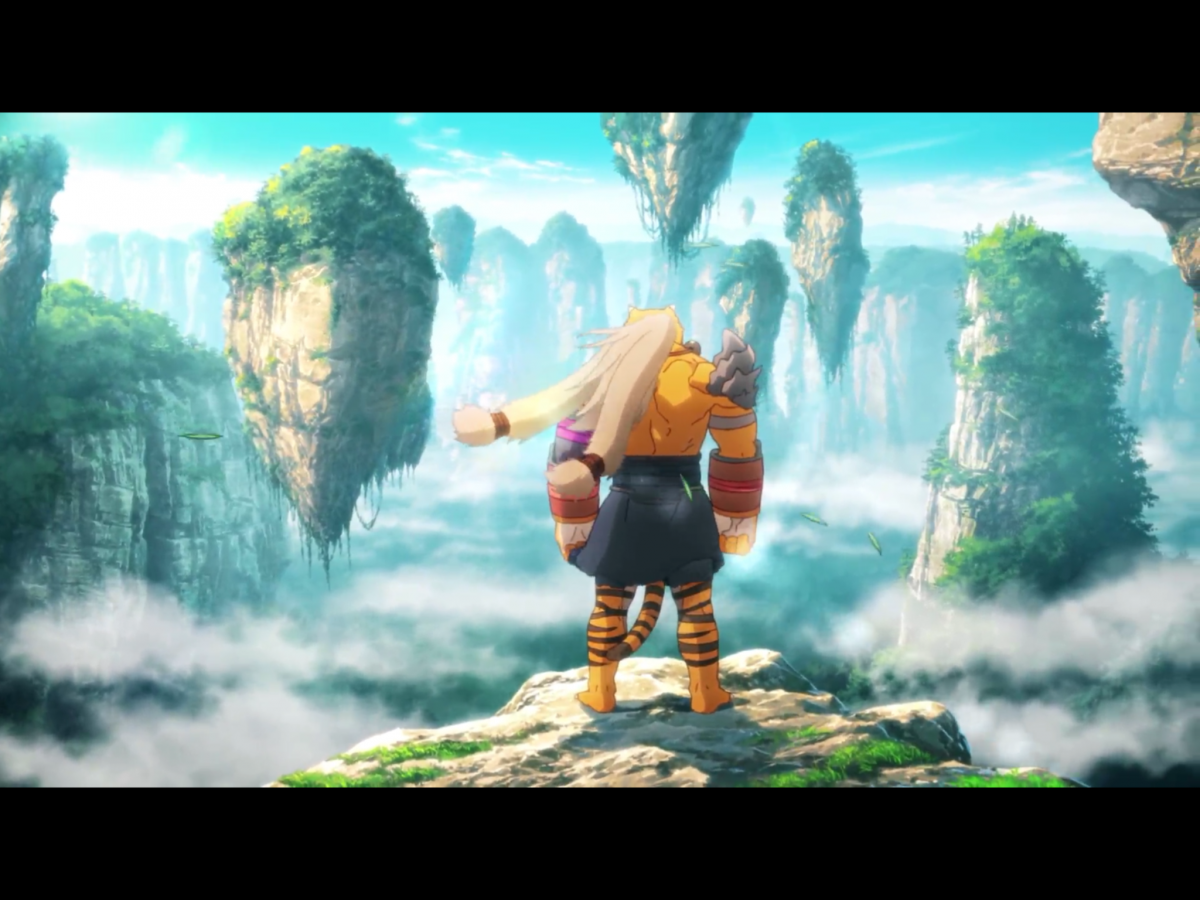 Fact: You're not going to get very far in Sdorica without making some strong friends. Or, alternatively, making weak friends and having them become strong. Either way? Strength is the way forward.

There's a small handful of things you can do, aside from battling and levelling up. As you increase your character's tier, for example, you'll unlock new character specific quests that can offer plenty of beneficial rewards.

You can take a look at each of your characters individually from the roster menu, and here you can use Soul Energy to level them up, or collect a specific set of items to Resonate the character, giving them new and better abilities. 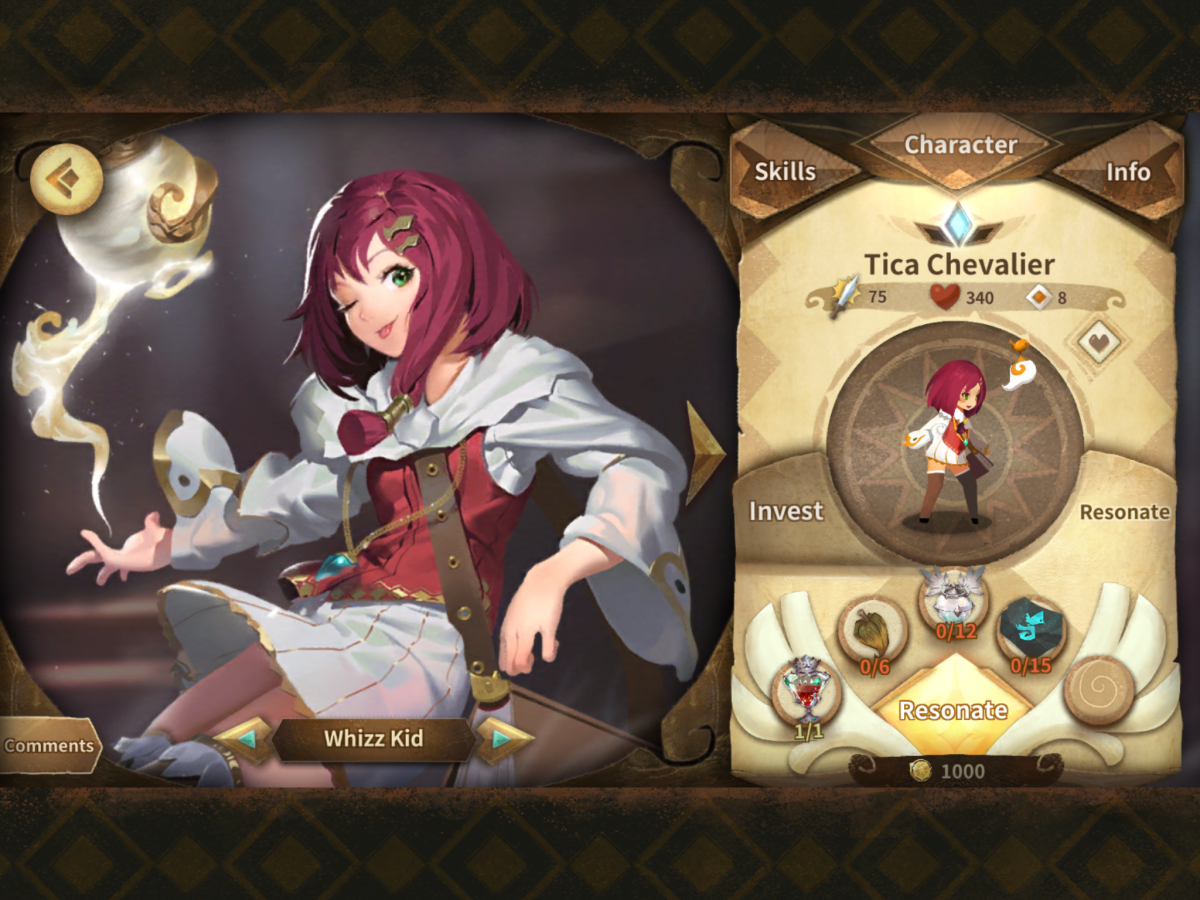 As you've likely already noticed, you attack in this game by swiping through a set of coloured orbs, with each orb relating to either a character or a type of attack. You can tap orbs individually, or you can swipe through two, or swipe diagonally through a set of four.

Unfortunately you must swipe through them in a specific pattern. Well, sometimes. In the case of singular orbs, well, just tap them. Done. When two, any two next to one another are fine.

It's only awkward when using four at once, as they must be formed in a square pattern, and then you must swipe from one corner to the other in a diagonal pattern. 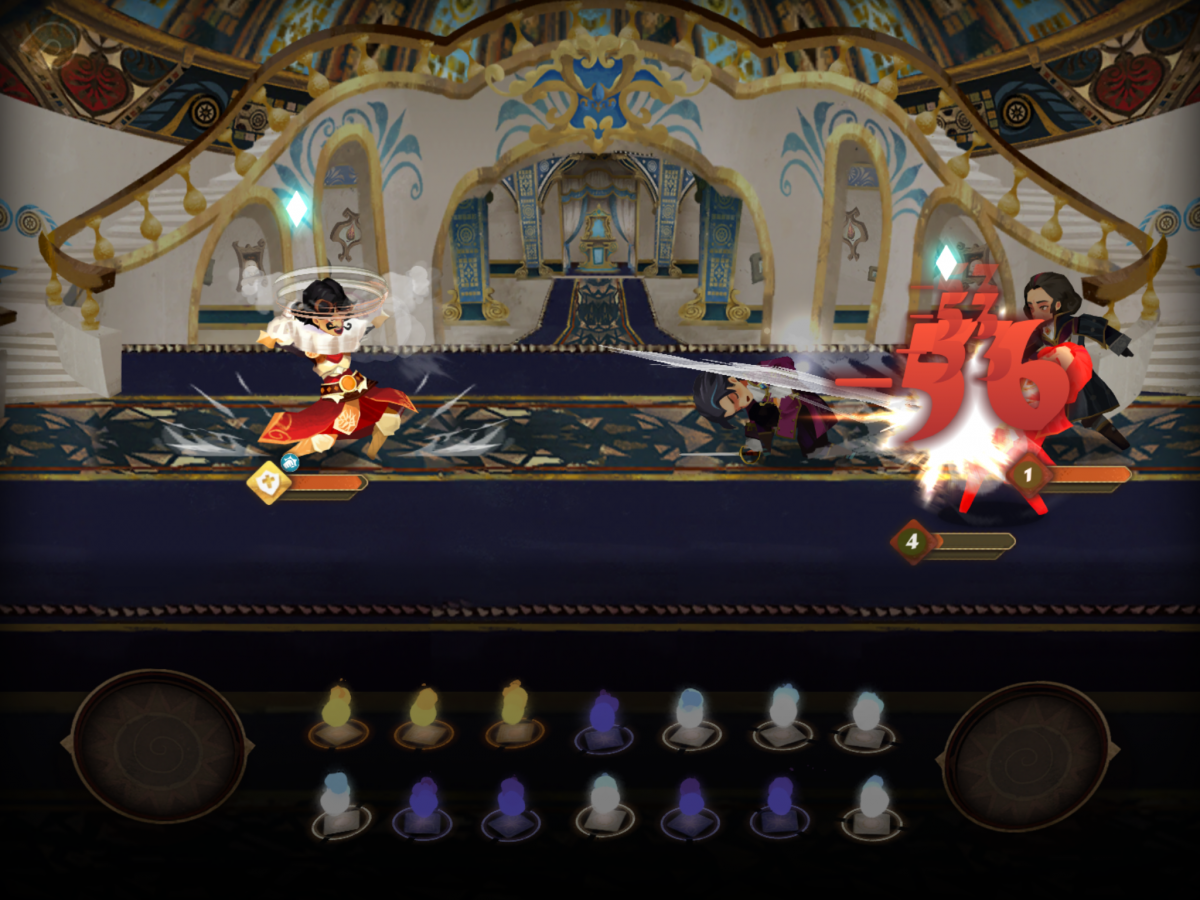 Once you've swiped through the orbs you're using, you can hold your finger on the screen and you'll be told exactly what that orb combination is going to do.

From here you can plan out your moves in a bit more detail. For example, do you want to clear out a bunch of orbs by using a big heal spell and making way for some offensive orbs, or should you be saving those for later?

In addition it makes it much clearer how you can leverage strategies in order to move forwards. For example, it might be obvious which moves will only effect the front row of enemies, but other moves are ranged, and you can start targeting the back row instead of mindlessly bashing away at the front. 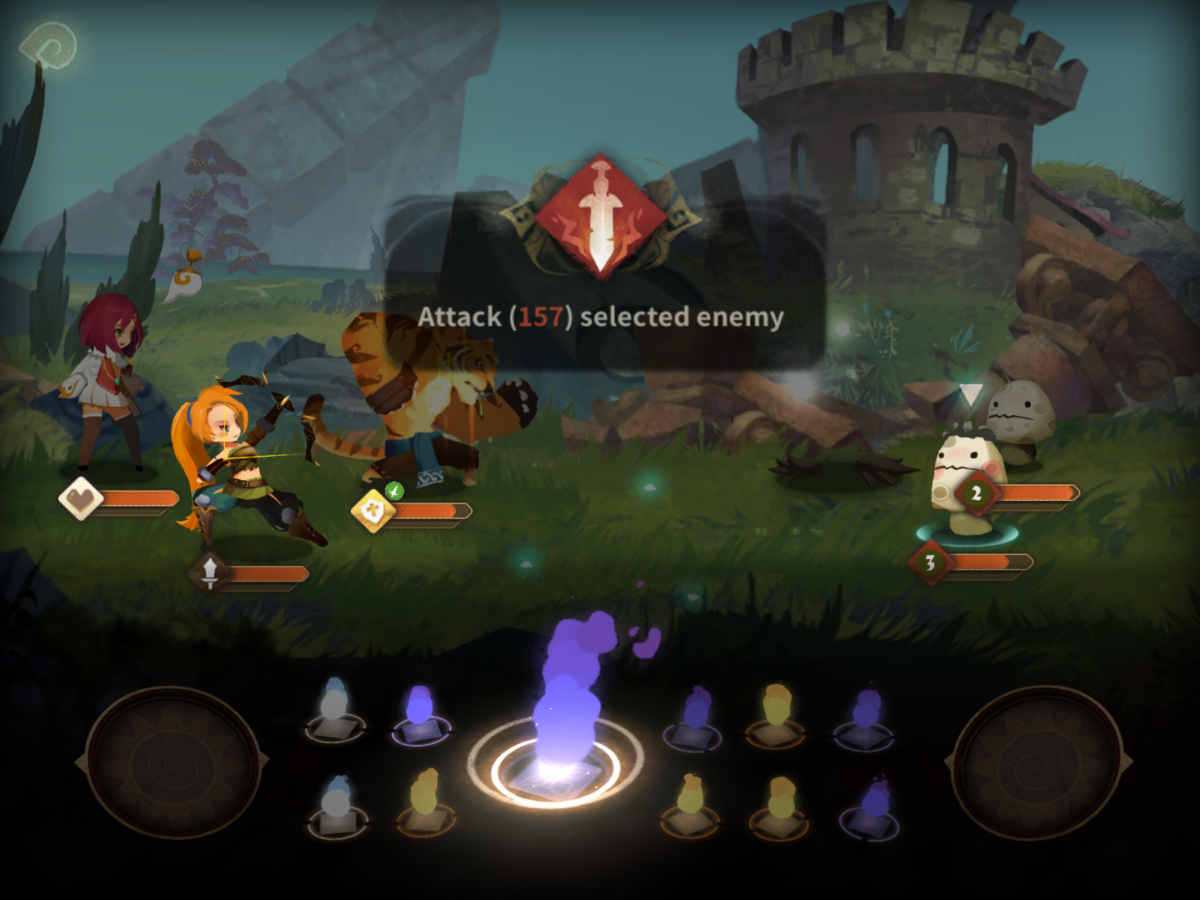 Get back on your feet

You don't want to rub out of health, and luckily you probably won't need to, as you'll get plenty of white orbs that can usually be used for healing magic. That certainly isn't to say you'll never die, though.

If you go down, you have to revive your team mate in a similar way you make them attack. Any orbs that would usually go towards their attacks will be small and withered. Using them won't attack enemies, but instead will go towards reviving your downed character.

You'll likely need 10 orbs to revive them, meaning even if you have your orbs set up perfectly, you'll need at least three turns minimum to get them up. Make sure the rest of your team stays healed during these sections. 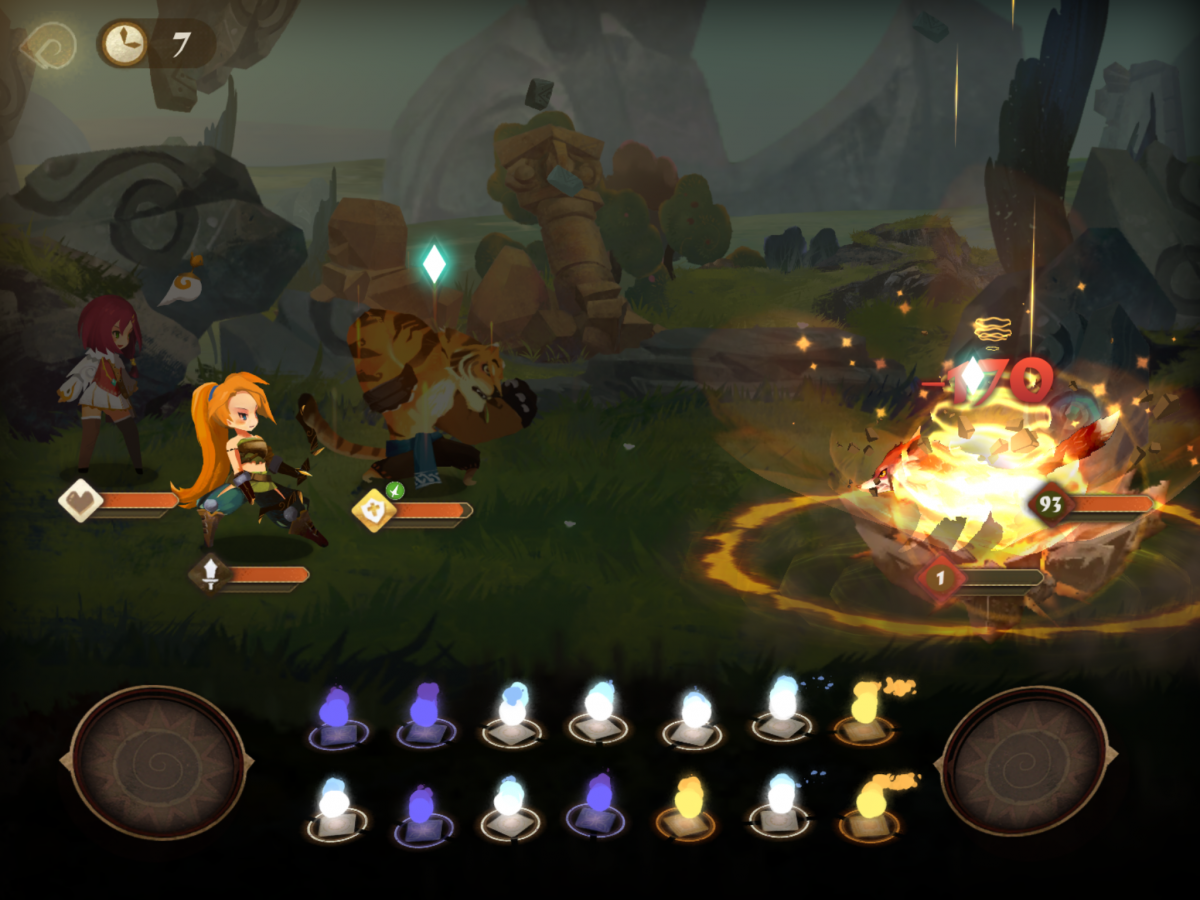 You'll learn pretty quickly, as we've mentioned, that just going straight for the enemies in the front row by default isn't always going to be the best method of fighting.

In fact, in certain areas, you'll come up against incredibly strong enemies with high defence, even if they never attack. Though the secret is, these defensive types often fall apart without their pals backing them up.

Focus on ranged attacks and make sure to target enemies at the back - especially those who heal or buff their allies. Those get annoying fast. 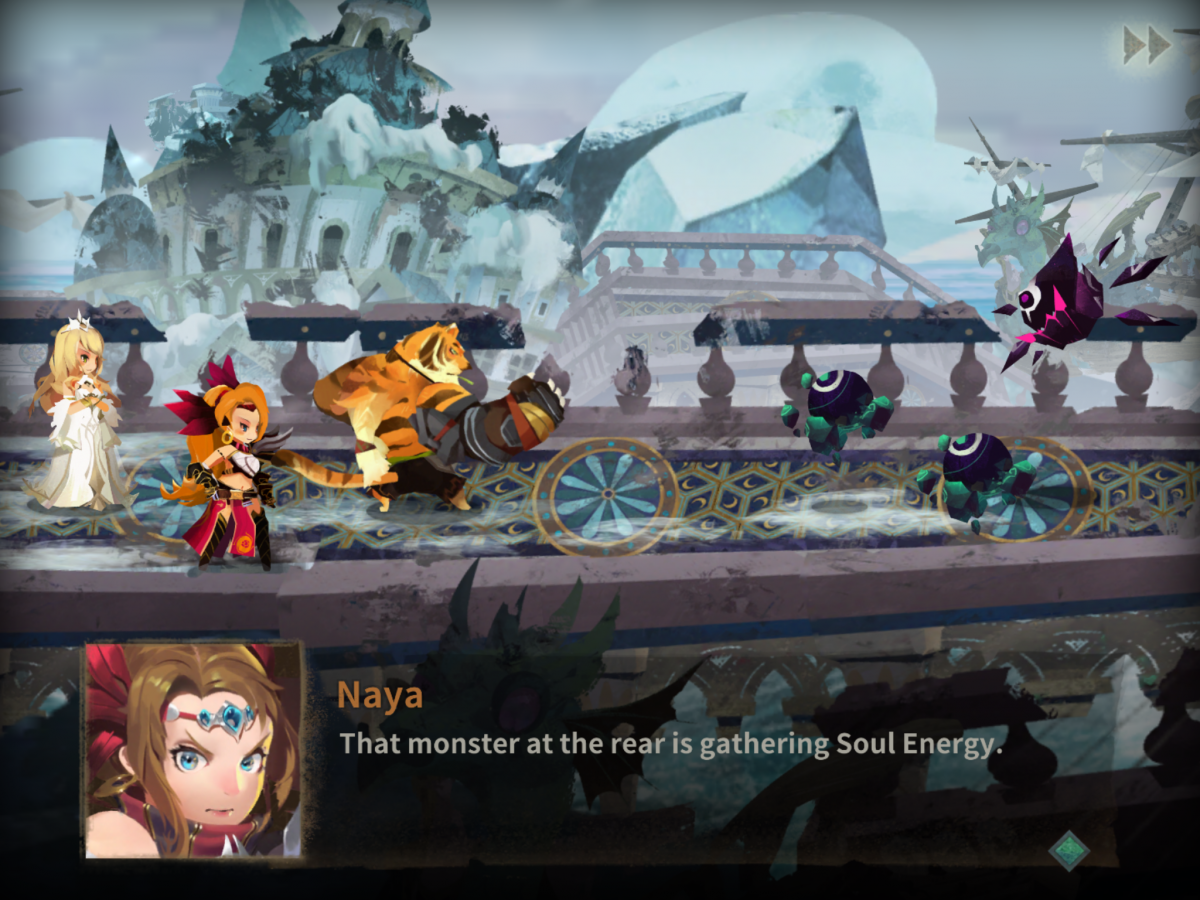