Bandai Namco has announced its latest project, a brand new entry into the mega-popular Gundam franchise, this one entitled SD Gundam G Generation ETERNAL. Alongside the announcement, a teaser trailer was revealed alongside the news that there is a closed beta test scheduled soon and some other light details.

If you’re familiar with Gundam games, you already know what you’re in for with G Generation solely by those first two letters in the title; SD. The SD Gundam titles have attracted quite a following from fans of both the tactical strategy genre and the Gundam franchise in general. This is because SD Gundam is exactly that, a grid-based JRPG strategy series that places you in the shoes of various Gundam pilots from every single series aired so far. 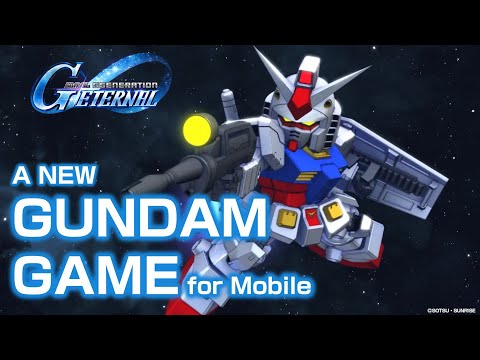 And if you know even a little bit about Gundam, you know that that’s a lot. It’s nearly impossible to place a number on just how many pieces of Gundam media are out there now but expect your choices of party members and which robots you take into battle with you to be basically limitless. And each will have their own unique set of skills to do battle throughout different Gundam series settings.

If all of that sounds up your alley, or if you’re a Gundam fan just starved for what will almost assuredly be a solid release judging by the previous SD games, you hopefully won’t have to wait too long. A closed beta test was announced, but there’s no solid date for it just yet, so stay tuned to the official Twitter handle for any news in that department.

In the meantime, you can also stay up-to-date with SD Gundam G Generation ETERNAL by keeping tabs on their official website. The mobile version currently doesn’t have a release date, but hopefully, we’ll be seeing it later this year.

Looking for another strategy game to keep yourself occupied till G Generation ETERNAL drops? Check out our Top 25 best strategy games for iOS!
Next Up :
Dragon Quest Builders, the Minecraft-esque spinoff of the popular JRPG series, launches on mobile today