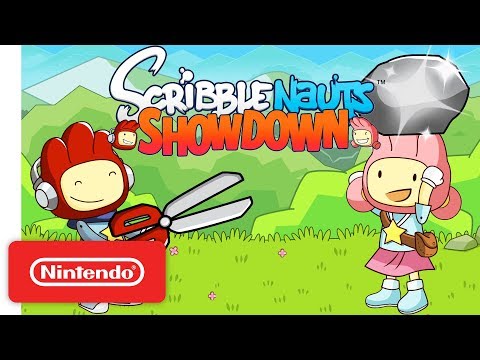 The first Scribblenauts game in over four years is coming soon—Scribblenauts Showdown makes its debut on the Nintendo Switch in a few weeks’ time and it has a few tricks up its sleeve. Scribblenauts Showdown has more of a competitive streak that caters more to party play than solitary puzzling. The new game features the titular Showdown mode that pits up to four players against each other in a series of mini games. Familiar challenges like “Wordy” will make an appearance, in which players summon objects using words to outsmart their opponents. There will be other fresh puzzles thrown into the mix, too.

And if you prefer to go it alone, Scribblenauts Showdown does have a single-player (or two-player) campaign filled with puzzles that span eight unique worlds. Whether you’re looking for something altogether new, or more of the familiar Scribblenauts you love, it looks like there’s something for everyone here.

You’ll be able to nab Scribblenauts Showdown when it releases on March 6.