Scalebound, unceremoniously killed by Microsoft on Xbox One, might come to Switch

The rumour mill keeps on turning

Gamers wept when Microsoft killed off Xbox One exclusive Scalebound, an ambitious and gorgeous-looking action-adventure game from genre-defining studio Platinum Games. But it might be less dead than we think - and coming to Switch to boot.

Nintendo Insider reports that "sources" believe Platinum is currently working on bring Scalebound to Nintendo's portable platform, though what form it will take is unclear.

Clearly it couldn't be a straight port - the Switch simply isn't powerful enough. But whether the game will be a reworking of what had come before, or simply a ground-up reimagining, is currently anyone's guess.

If you hadn't heard about it before, Scalebound was/is a game about a man who finds himself bonded to a dragon, and the two have to go out and fight everything that stands in their path to stop evil from spreading. Or something like that. It mostly just looked like beating up giant monsters, which is fine by us. 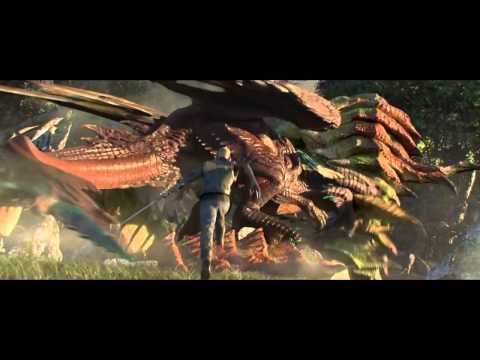 As much as I love to scoff at rumours, this does kind of make sense. Platinum and Nintendo are forming a pretty close bond of their own at the moment, with Bayonetta 3 and Astral Chain both coming exclusively to the Switch. And as Nintendo Insider says, someone else made a throwaway reference to a dead game being revived by Nintendo, which we so far don't know anything about.

But, y'know. "Sources". It's a tough one, because Nintendo Insider are usually pretty spot-on with their rumours, thanks to some good ties with the industry. But when we have unknown sources floating around in the mix, you have to take everything you hear with a pinch of salt.

Still, if it turns out to be true, we won't complain. At the very least, we know that Astral Chain is definitely happening, and that game looks absolutely baller.