Registration for Sausage Man Championship, The Battle for Dominance, has just begun. Players from across Southeast Asia will be fighting for a prize of $50,000.

Sausage Man is a mobile battle royale published and developed by XD Entertainment Pte Ltd. It has cartoonish-looking characters and structure, but the gameplay is quite similar to PUBG and Free Fire. It's like a fun take on an intense battle-royal game. Rather than having a realistic human character, it has characters that look like sausages. The concept is simple, the little funny-looking sausage men team up and participate in a battle for survival. The layout is also very simple and clean, which is a plus point. You can also change the graphics quality accordingly too. 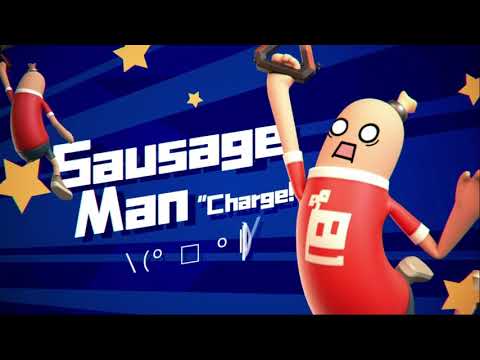 As the name suggests, there are Sausages with different styles. All the characters look cute and fun. With funny little expressions and movements, it makes the game look less intense and more enjoyable. Many popular YouTubers, gamers, and streamers have played Sausage Man. It is available on both Google Play and the App Store in selected countries.

The registration for the championship began on October 20th, 2021, to November 5th, 2021. To participate in it, you have to be a citizen of Singapore, Thailand, Indonesia, Malaysia, and the Philippines. You have to register your team and also mention the team leader. All of your team members must be at least 16 years old.

If you want to register your team, then you can do so by filling the championship registration form.

Interested in shooters? Check out our list of Top 25 best shooting games on Android phones and tablets.
Next Up :
Pokemon Go League is being updated for the Mythical Wishes season

Sausage Man is a rowdy battle royale where you fight to be the last sausage standing, now on soft launch in select regions