It has been eight years since adventure game Samorost 2 entered this world, after cooking in the kitchens of Amanita Design.

That also means it has been eight years of waiting for Samorost 3. But it turns out that we'll be waiting a whole decade, as Amanita Design has announced that its surreal threequel won't arrive until 2015.

The good news for us mobile gamers is that it will launch on iOS and Android, as well as PCs.

If you're wondering why you should care about this game, allow me to point you towards the developer's rap sheet: Gold Award-winning Machinarium, and the chirpy tree adventures of Botanicula (which is heading to iPad this year).

Samorost was Amanita's first game, and that game and its sequel are free to play on PCs. They're short adventure games following a space gnome and its dog as they travel around small and bizarre worlds full of strange creatures, often getting into trouble, too. 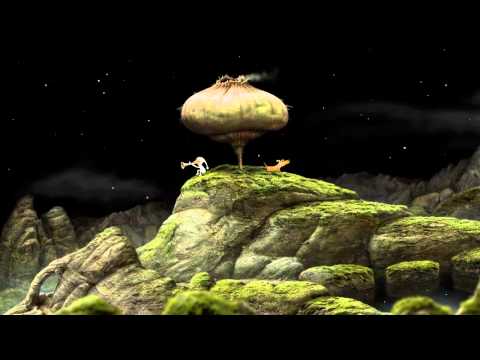 You needn't play them to understand the third. All you really need is this quotation, dragged from Samorost 3's IGF 2014 entry page:

"One day, the little space gnome will find a strange flute (magical, of course) which fell down from the sky, and with its help, he’ll be able to build a new spaceship, explore five different planets and four moons, solve many mysteries and also find out where the flute came from."

So that's all we really know about Samorost 3 at the moment. It's a while to wait, but there will be teasers and more information moving forward, so we'll make sure you're up-to-date.