I am not here today to tell you (again) to play the Rusty Lake games (you should), but rather to talk a bit about the cleverness of their release schedule.

In case you're not familiar, the Rusty Lake team has two lines - Rusty Lake and Cube Escape - that occupy the same universe and offer similar point-and-click gameplay, but don't otherwise rely on each other.

The main difference between them is size: the Rusty Lake games are full-length games, while the Cube Escape series consists of more snackable encounters.

Something rather obvious that players often forget is that making games takes time. Even if you know exactly what you want to do and how to do it, the actual creation of something is a process, as is the journey to get the thing to a place where eager customers can gobble it up. 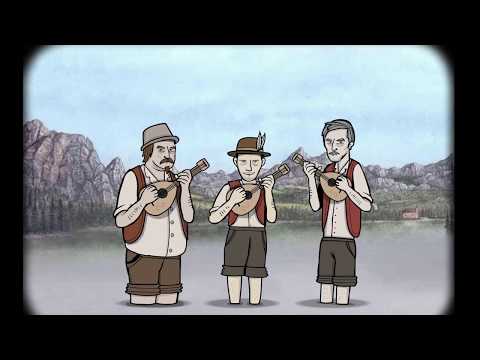 iTunes certification has sent more than one dev to bed clutching a bottle of gin and questioning their life choices. Even if you're putting out a game a year, that's a whole lot of time for a player's wandering eye to go in search of its next enamorata.

It's tough to stay top of mind in a crowded marketplace. Best to give people a taste of your particular weirdness while they wait for the main course to be served.

The Cube Escape games take place in similar settings to the Rusty Lake games, which means they share an art style and, more importantly, art assets. Rather than having to create everything from scratch, the devs can reuse much of what they've already taken the time to craft.

The stories of the Escapes, such as they are, don't directly reference the Lake games, which serves both sides of the equations. The developers don't have to necessarily know what's going to happen in the next Lake title to work on an Escape, and a player new to the scene can pick up any Escape and not feel lost.

Well. I mean, you'll likely feel a bit lost when confronted with a man who shoots himself after you mix him a cocktail, but you get what I'm saying.

It's even possible, though I don't know this for sure, that the Escape games feature puzzles and scenarios originally intended for Lake games that didn't make the cut for one reason or another.

The Rusty devs may have an entire filing cabinet full of individual puzzles that they can string together as needed, or pull out when they organically find themselves at a story point that would make them work. 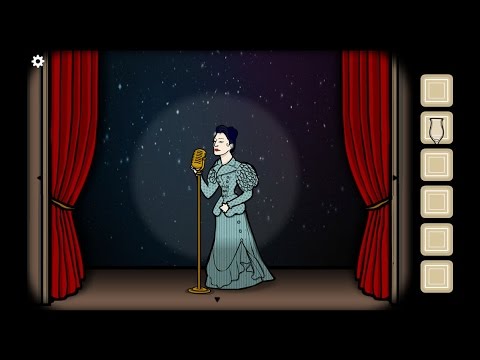 One Cube Escape game, Theater, consists of several wholly unrelated puzzles presented as "acts" performed on a stage. Each act is intriguing and well-done, but not narratively reliant on the act that preceded it.

The dual lines of Rusty Lake and Cube Escape are a win for everyone involved. The devs get an additional, relatively low-impact line of revenue in between releases of their larger efforts that serves to keep their audience engaged.

We, the players, get more opportunities to be freaked out by Mr. Crow while solving immensely creative (and creepy) puzzles.

A lot of shade gets thrown at devs for not releasing all the content they have on hand at once, but in the case of Rusty Lake and Cube Escape, delivering up puzzles bit by bit is the best way to serve their faithful fans.

Read more of Susan Arendt's columns on Pocket Gamer, and find out more about Rusty Lake and Cube Escape at their official site. Other smashing opinionmongers around these parts are Harry Slater and Jon Jordan, so have your bookmarking finger at the ready.
Next Up :
App Army Assemble: Perfect Grind - "Does this skateboarding game successfully bring the thrill of the sport to mobile?"