Thanks to East Side Games, Night Garden Studio and World of Wonder, fans of RuPaul can experience the iconic Werk Room straight from the palm of their hand with RuPaul’s Drag Race Superstar. As players fight tooth and nail to be the Top Queen among other wannabe wig-wearers, they can also unlock Queens from RuPaul’s Drag Race or simply hang around the Werk Room and admire their fierce fashion outfits in the game.

If that's not reason enough to get into the fabulous title, we've got a handful more of them right here. 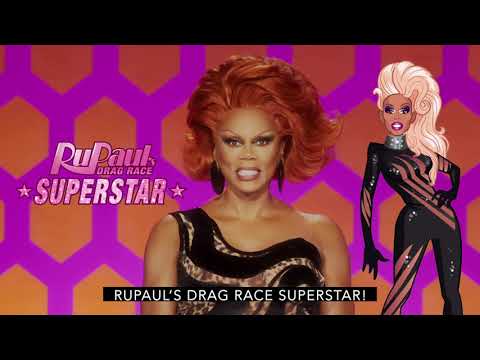 Be fierce, fearless and fab

Immerse yourself in RuPaul’s Drag Race in a more engaging way as you pick out the best outfits among hundreds of fashion pieces in the game. The most awesome look will absolutely crush the runway, but beware - rival Queens can take that life of a Drag Race Superstar away from you in a snap.

You can mix and match tons of fashion combos to craft your own style, as well as earn looks that are inspired by the great Queens from the show itself. And after almost two years spent in our lounge clothes, we all need a bit of glamour!

Once you're all set with your fave fashion pieces, you can engage in thrilling 1v1 fashion battles where you'll go head-to-head with other aspiring fashionistas across the globe. You can not only score shining, shimmering and splendid pieces to add to your wardrobe, but you'll also climb up the ranks of the leaderboards to see who will reign supreme.

Meet guest Queens from the show

RuPaul's Drag Race Superstar not only replicates the cutthroat competition from the show, but it also lets you meet guest Queens from the comfort of your home. You can go face-to-face (virtually) with Latrice Royale, Yvie Oddly, Vanessa Vanjie Mateo, Raven, and Lawrence Chaney to name a few.

You can also unlock Ru’s Girls and have a party in the Untucked lounge, where you can even win some of their outfits to add to your closet collection.

Immerse yourself in the world and werk it

Licensed Queens also mean themed in-game events, so you can participate in fun and funky events such as the Latrice Royale Event. Holidays are also made merrier with happenings like the "Holi-slay" event, plus crossover events with the actual show. While some events last longer than others, they are truly special occasions and there’s always a chance to unlock a rare outfit that will knock everyone’s socks off.

Of course, just to punctuate how fun the game can be, RuPaul's Drag Race Superstar has been featured on the iOS App Store as Game of the Day. Along with the Apple Store Recognition, it's also one of the twenty finalists for Game of the Year in Pocket Gamer's People's Choice Awards 2022, which you can still vote for until Thursday, March 24th.

If you're keen on giving the game a go, RuPaul's Drag Race Superstar is available to download on the iOS App Store and on the Google Play Store for Android devices. It's a free-to-play game with in-app purchases.

What's A Preferred Partner Feature?
From time to time Steel Media offers companies and organisations the opportunity to partner with us on specially commissioned articles on subjects we think are of interest to our readers. For more information about how we work with commercial partners, please read our Sponsorship Editorial Independence Policy.
If you're interested in becoming a Preferred Partner please click here.
Next Up :
The best games in Itch.io's Bundle for Ukraine that you can play portably