Kicking off the day with some colourful news, Runbow has just been confirmed for the Switch as well as PS4. 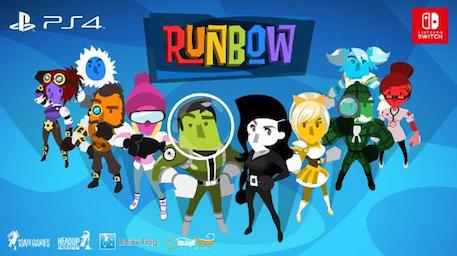 Runbow is a super-fast, super fun, and very bright multiplayer platformer by 13AM Games. A little like Speedrunners, the main difference in the racers' mechanics is that in Runbow it's all about colour. As the background constantly changes, it also affects the environment around you. Platforms appear/disappear, obstacles can suddenly drop on you, and you can be trapped to await your fate.

As if the racing element isn't tricky enough, you can also battle each other along the way and try to knock your opponents off platforms, into lava, or back out of the scrolling screen (and to their demise).

Rainy Frog announced that the game will be at Tokyo Game Show and will be releasing it on the Switch in winter 2017. We'll keep you updated when we know more specifics. 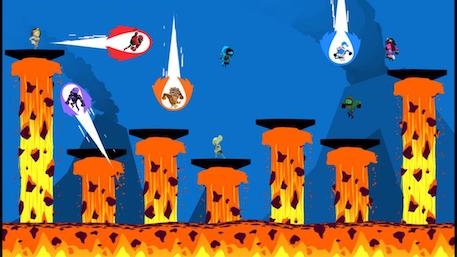 Next Up :
Becharmed is a new casual match-3 puzzler that has just soft-launched in select countries on Android