Rumble Stars is set to change season soon and as always that will be accompanied by a host of buffs and nerfs to various Rumblers. There will be maintenance tomorrow which will be when these changes will be applied.

There's a big focus on the reduction of field time for a lot of Rumblers this week, particularly for those that are often used more defensively. A whole list of the changes can be seen below or by watching the embedded video. 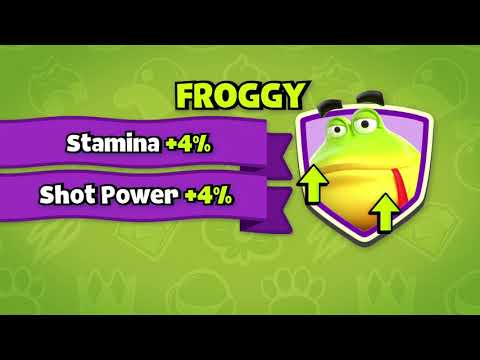 As you can see, alongside reducing the field time for several Rumblers, King Goalie has received a much-needed buff to both speed and pass power. He can be frustratingly slow times so hopefully, this will lead to fewer goals where a weak pass is intercepted.

Alongside these changes to the game, Frogmind has also adjusted the areas where you'll be able to unlock certain characters. This is unlikely to affect long time players who have probably unlocked most of them by now anyway but if you're interested you can see how they've reordered is a recent Reddit post.

This is the first piece of Rumble Stars news since Frogmind announced they will also be releasing a Hockey version of the game. Unsurprisingly, this will be called Rumble Hockey and will be heading for both iOS and Android on 19th May.

Enjoy multiplayer games? Here are 25 of the best available for iPhone and iPad
Next Up :
Alchemy Stars launches Miss Kobayashi’s Dragon Maid collab and adds new characters to the JRPG