PlayerUnknown's BattleGrounds is all the talk in PC gaming circles at the moment. It's a massive deathmatch that sees you trying to be the last person surviving on an island full of other human-controlled avatars.

So it's hardly a surprise to see the formula being lifted wholesale for a mobile game. And that's exactly what Rules of Survival does. It's a battle royale. It's on an island. And you're dropped into the game wearing a vest and some trousers.

But does it manage to capture the formula that's been so successful on PC, and that Microsoft hopes is going to do so well for it in the future? Eh, no, not really.

The first thing you're going to notice about the game is how badly translated it is. Almost every text box that pops up feels like it's been threaded through Google Translate about eight times before it's got to your eyes.

The whole thing feels sluggish too. It crashes, it chugs, and it takes you a good long while to figure out just how to get into a game. 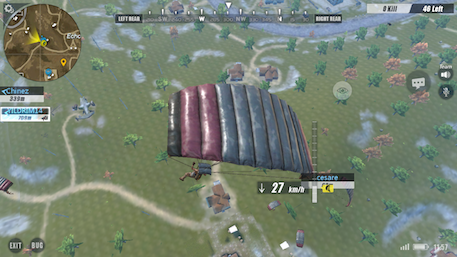 When you do though, things start looking up. Or at least, they start looking up a little bit. After all, this is a third-person shooter dropped onto mobile. In other words, if you're daunted by buttons on screen, it's likely to set you frothing at the mouth.

There are a good deal of problems with the actual gameplay. Moving is awkward, shooting is awkward, and if you're playing on a device with a small screen then, quite frankly, everything is pretty awkward. 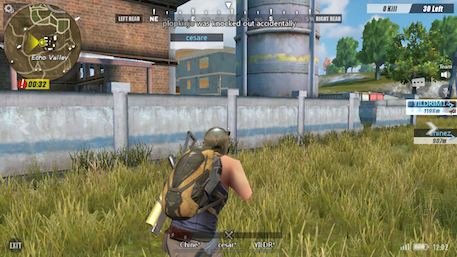 But the game still manages to capture the tension inherent in its format. You're not just trying to kill, you're trying to stay alive. Hiding in a barn has never felt quite so intense on mobile, and Rules of Survival should be championed for that.

Then you'll get shot in the back of the head and instead of returning fire you'll just sort of jump up and down on the spot. And when you die the game will probably crash and you won't get any of the rewards you earned.

So is Rules of Survival worth your time? I mean, it's a pretty hard sell. It's fudgey and broken when it needs to be smooth and intuitive, and that translation is enough to put anyone off after about ten seconds of reading.

But if you want to play PUBG on mobile, well you might be able to look past that. If you're on the fence, then I'd suggest giving this one a couple of months to iron out its multifaceted kinks before you dive in.

It wants to be PUBG, but Rules of Survival isn't. It's a bit broken, but when it gets things right, it's quite a lot of fun
Next Up :
Honor 50 review - "Great for social media fans, and a strong show from Honor"