Royal Dungeon is a smart little dungeon crawler by Tigrido, which challenges you to help a king and queen escape a kingdom invaded by monsters.

The catch is, you can only move them both at once. So you'll swipe to give them a direction, and try and avoid traps and nasties on your way to the exit.

At review, we gave it a decent six and said: "Royal Dungeon does have some nice ideas, and you're going to enjoy a lot of them, but frustration sets in a little too quickly".

We also gave it to the App Army to dig into. Here were their thoughts.

How can I put this nicely - it's a bit boring. Sure, it's got that cute retro Zelda look to it but when all's said and done it's just swiping your finger around the screen and little more. 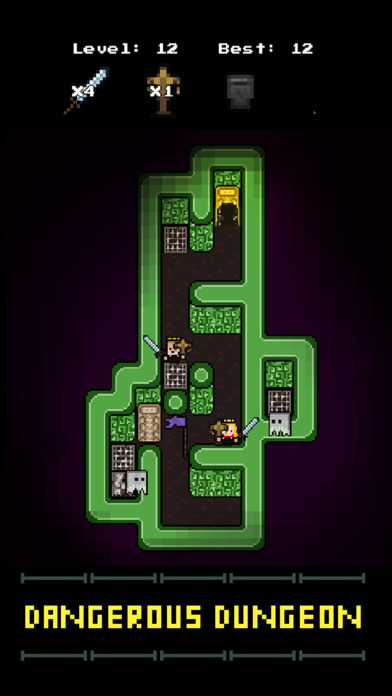 I just couldn't get into this. It was a long time before it got difficult and even then the gameplay remained unengaging.

Games with pixel art and chiptunes are common these days so not even that is a reason to play this over anything else. I can look past the bad English but there's nothing really interesting here.

While the art and sound are nice, the puzzles aren't growing in difficulty or variation quickly enough.

A downside for me were the controls that take a little getting used to. I don't recommend this game, there are better puzzlers out there.

I found this a little too hard, and it dampened the fun. Understandably, it gets harder as you progress through the stages but there's little reward for advancing. I played for 30mins, got to stage 13 after wrecking my brains and I didn't really enjoy any of it. 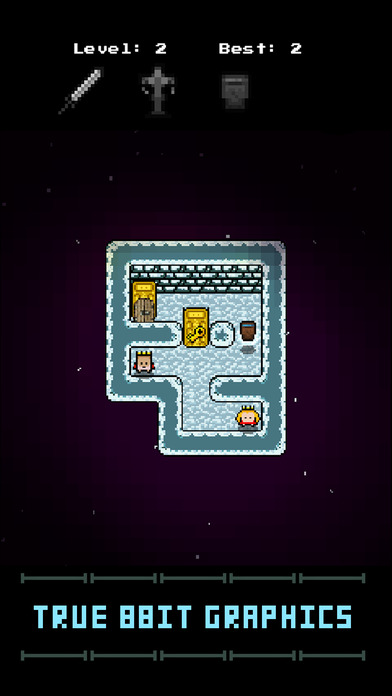 The dialogue between characters is fairly comical - made funnier by the poor grammar.

I like the retro style, but I didn't enjoy the gameplay. The controls aren't the best, and it doesn't have much depth to it. I can see why people would like it, but it's not for me.

I quite enjoyed what little time I had with it. It reminded me of a 2D lo-fi Red's Kingdom. Was a bit hard to see what was going on at times though.
The App Army is Pocket Gamer's very own community of mobile game experts. Each week, we provide them with a bunch of free codes and early access to the hottest upcoming games so they can provide their thoughts in features like this. We also host regular community-driven events with them in mind like tournaments, giveaways, and multiplayer evenings. To join, simply follow this link to the page on Facebook and request access. We'll get you in right away!
Next Up :
App Army Assemble: Perfect Grind - "Does this skateboarding game successfully bring the thrill of the sport to mobile?"