Back in 2008 the exceptional Rooms: The Main Building released. I remember it, and it's strange use of the word Machiavellian in it's description. The sliding puzzle game was fantastic, you would slide rooms to open pathways between the titles (each representing a room) allowing the main character to journey between them. A sequel came in 2013 in the form of The Mansion: A Puzzle of Rooms, however it was a strange time for the developers and so they have returned to the project, remastering it and releasing it as ROOMS: The Toymaker's Mansion earlier today. 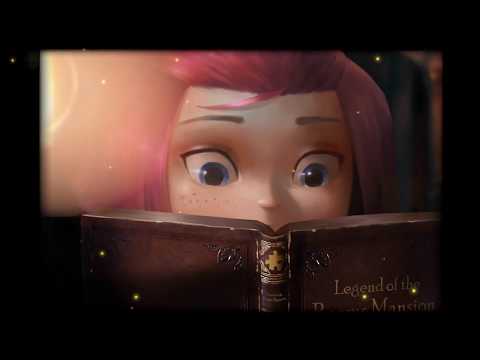 While the original title had a very serious 2D appearance to it, ROOMS; the Toymaker's Mansion's remaster takes on a more cartoon, dolls house appearance, with the lanky, cloaked figure of the first game replaced with Anne, a red haired girl in bright blue pajamas.

The puzzle elements remain consistent with the first title. You will spend most of your time attempting to connect ladders and passageways to adjacent tiles while avoiding traps and dead ends. It's not just a simple sliding puzzle, however, as you progress through the core story levels more elements are introduced into the game which sabotage and complicate your movement through the levels: Tiles become linked, or move on their own, for example.

ROOMS: The Toymaker's Mansion is available globally now on iOS and Android, it's premium, but at sub-£5 it's a complete bargain. You can't actually get the original game on iOS anymore, if you're seeking that out you'll need to find a Wii/DS version second-hand or grab it on Steam.

Read more about the latest mobile and handheld news in our dedicated section.
Next Up :
Dislyte's latest Esper is Gaius, who derives his powers from the Almighty Zeus