Down and dirty (Updated with Android details)

If you fancy stuffing some tiny imperialists onto your Android device it'll set you back £1.99 / $2.99 [buy], which is the same as the iOS version. So that's nice.

Usually, the dorm rooms of teenagers are the battlegrounds on which wars are played out between smelly socks and unfinished homework.

In Romans In My Carpet!, however, you'll command actual dorm room battles between micro-sized Romans and their enemies.

You see, it's an historical strategy game by way of the zoomed-in worlds of Micro Machines.

Chariots are pulled by spiders instead of horses. Flecks of poop are catapulted in the absence of boulders. You charge across hairy carpets and filthy surfaces to, eventually, conquer the dorm room under the Roman banner.

The concept is fantastically refreshing. Especially so given it comes served in bouncy 16-bit graphics by Ravenmark developer Witching Hour. 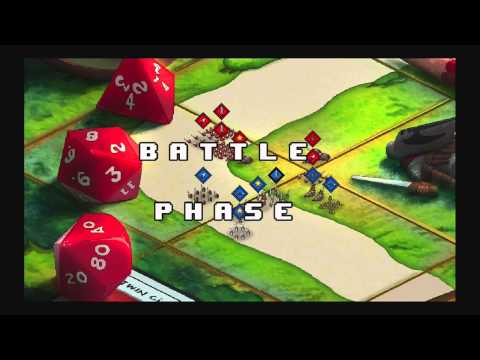 Even if that initial sheen wears off after you get familiar with the game, you can always mix it up by playing as the tribes of Britannia against the Romans.

And if that's not enough, you can invite a friend for an asynchronous multiplayer battle.

Romans In My Carpet! is the most conceptually pleasing strategy game I've come across in a long while. The gameplay looks like it delivers challenge and satisfaction, too.

It should also be heading to Android tomorrow or shortly after.

Romans in my Carpet!