Time for another remake-ception as Square Enix is relaunching a very popular game from an even more popular series soon. No, its not Final Fantasy, but it’s the next best thing as the beloved SaGa series – Romancing SaGa returns once again. This time, the fourth instalment, Romancing SaGa – Minstrel Song – Remastered is coming to PlayStation 5, PlayStation 4, Nintendo Switch, OC, Android, and iOS. The game originally launched in 1992, then in 2005 as a remake and now 17 years later once again on all the current platforms. Check out the announcement trailer below.

Minstrel Song – Remastered will feature a tonne of improvements such as better graphics, quality of life features, and more gameplay options, all of which will increase the playability of a game that is three decades old. That’s probably older than most of the people reading this (including me). There are eight protagonists to choose from. Each will have a unique storyline vastly different from the rest which can be explored while players try to complete the character’s ultimate goal. Minstrel Song makes use of a free-Form Scenario, where all the characters' actions affect the world around them. 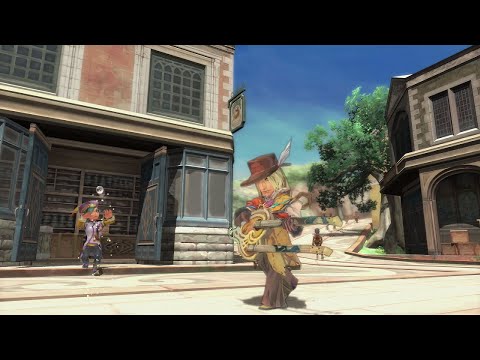 All the iconic features from the SaGa series such as the Glimmer and Combo systems will all make their return, looking much beautiful than before coupled with a crazy soundtrack composed by Kenji Ito. The trailer gives a little peek at the game’s theme song – Menuett.

To top it all off, there’s more good news for fans of the SaGa series as well. Square Enix is working on an ongoing SaGa Project that will be churning out games from this infamous series with other classics like Romancing SaGa 3, SaGa SCARLET GRACE: AMBITIONS, Romancing SaGa Re;univerSe, and SaGa Frontier Remastered already out in the wild.

While we don’t have an exact release date for Romancing SaGa – Minstrel Song – Remastered yet, it is slated for a winter release.

Until then, check out this list of the best RPGs to play on mobile!
Next Up :
Tropico launches a new Postcards from Tropico update that brings seven new storylines to the dictator sim