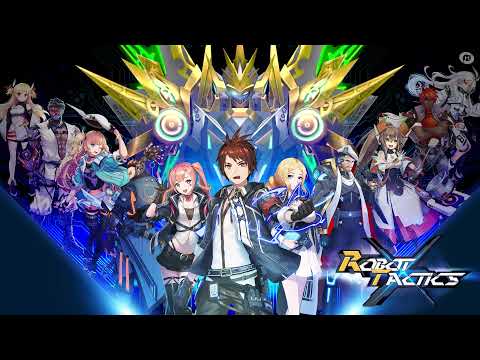 The latest instalment of the Robot Tactics franchise, Robot Tactics X features a deep narrative coupled with mecha customization where players can tinker around with over 100 mech parts to suit their fancy. The original chessboard-style gameplay has been enhanced with new features such as terrain effects and race countering to spice things up during combat.

Pre-registration for the mobile title is now open, with milestone rewards such as G3 Tranquilizer x5, Dye x10, Update Replenishment 1.0 x5, Planning Scheme x10 and Adv. Dye x10. A Beginner Pack with rare in-game goodies will also be given away when you join the Recruitment with your email ID on the official website, along with special rewards for players who invite their pals to the game.

If you're keen on giving the game a go, you can sign-up for the pre-registration event, check out the Early Access link on the Google Play Store, or join the community of followers over on Facebook and Discord to stay updated on all the latest developments.

What's A Preferred Partner Feature?
From time to time Steel Media offers companies and organisations the opportunity to partner with us on specially commissioned articles on subjects we think are of interest to our readers. For more information about how we work with commercial partners, please read our Sponsorship Editorial Independence Policy.
If you're interested in becoming a Preferred Partner please click here.
Next Up :
Identity V’s eSports tournament Call of the Abyss V begins registration today