It's time for Ring Run Circus, the world's first 'ringformer'

That's a platformer consisting of rings

One of the most enjoyable - if exhausting parts - of GDC 2013 was the Big Indie Pitch.

Organised and scheduled by Jeff Scott from 148Apps (or the school master as we now call him), it combined 24 game developers and 10 journalists into a busy 2 hour period.

That meant just 5 minutes per game but even within those constraints, we saw some gems.

One game that certainly stood out was Ring Run Circus from Uruguayan developer Kalio.

It's been in development for quite some time. Early prototypes were being worked on in 2010, but the care and attention to detail spent on the game have not been wasted.

For one thing, the graphical style is a great take on old fashioned circus burlesque.

And, most importantly, this is meshed with innovative gameplay.

The fun of the fair

As the title announces, the basic game mechanic is to control your character as they move around rings.

The simplest levels see you collecting flowers, and keys, flipping between adjacent rings to get to the level exit. However, there's plenty more depth. 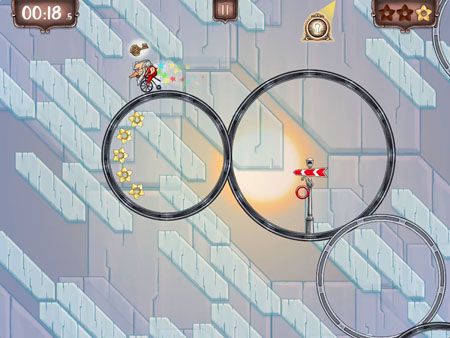 For one thing, there are three characters, each with their own attributes. Nina is a speed merchant, beefy Ned can bash enemies, while bicycle-riding grandpa Nelson can hook things with his stick.

Combine these characters with moving rings and spiky obstacles, and it looks like Ring Run Circus will provide a fresh experience when it hits the App Store at some point in May or June. 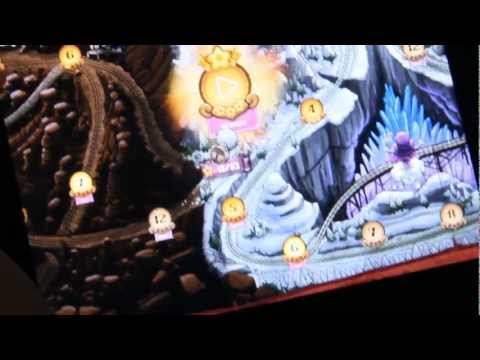 Subscribe to Pocket Gamer on
Next Up :
App Army Assemble: Where's Samantha? - "Does this puzzle-platformer spin a good yarn?"

Out at midnight: Sprint around a series of interconnected circus circles in Ring Run Circus for iPhone and iPad