The Silver Award-winning Rhythm Thief and the Emperor's Treasure ranks as one of the most criminally underplayed games in the 3DS's library, and copies aren't easy to find.

Thankfully, Sega has done us all a solid and released Rhythm Thief & the Paris Caper for iOS. This is an abridged version of the original, and and an almost perfect rhythm game.

Almost. There's a gem of a game here if you can get past some slightly obtrusive social mechanics and the fact that you can't play Rhythm Thief unless you're connected to the internet.

For those unfamiliar with Rhythm Thief, you take control of Raphael - a Parisian child by day and master thief by night.

Rather than nick credit card information or cash from armoured cars like a normal thief, however, Raphael has the improbable M.O. of stealing precious works of art by dancing.

It's a pretty silly premise, but Rhythm Thief never takes itself too seriously. 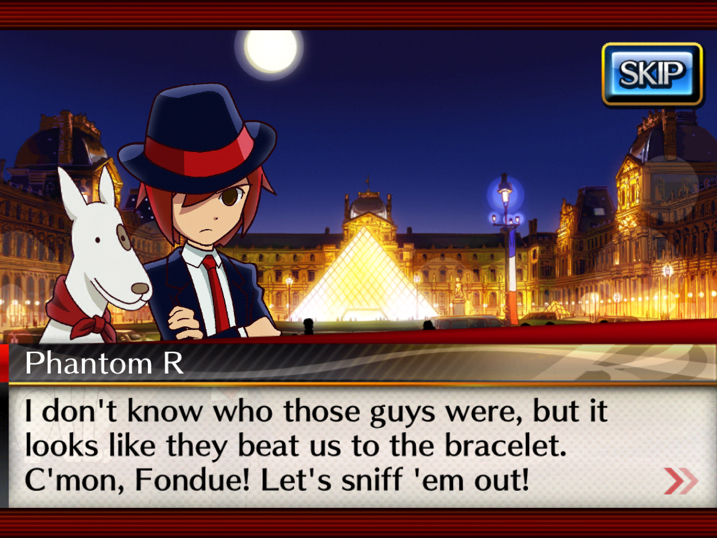 What it does take seriously, thankfully, is its story and presentation.

There are some seriously top-notch visuals here that will remind handheld players of Professor Layton - if 'ol Hershel dropped the boring archaeology bit and took up capering and dancing instead.

Oh yes, there’s dancing in Rhythm Thief & the Paris Caper, and plenty of it.

Unlike many other rhythm games that have you following cues or indicators, Rhythm Thief asks you to follow the beat of the music with your ear, tapping or swiping on the screen when it naturally fits with the flow.

This is a nice change for rhythm game veterans, and it makes Rhythm Thief uniquely approachable for newcomers as well.

Happily, the rhythm game portions move the story along well - trust us, it works - and they're split up nicely between basic dance offs, exciting fight sequences, and fun mini-games that involve everything from kicking a soccer ball to sneaking past museum guards.

About the only missteps Rhythm Thief is guilty of (outside of the aforementioned internet connection issue) is the new addition of 'Accomplices' to each mission.

Essentially a glorified piece of equipment, each Accomplice adds several beneficial status effects to the thieving Raphael and can help you take less damage on certain days of the week or earn more medals on a level. 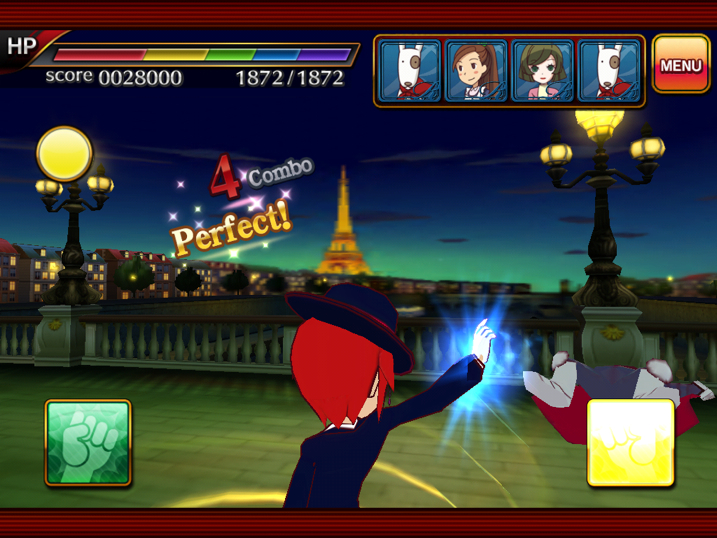 Each accomplice can be upgraded using items and non-premium medals, which is fine on its own, but the fact that Rhythm Thief forces you to accept a random 'Guest Accomplice' for each run just seems unnecessary.

Still, this is a minor quibble and the IAPs in Rhythm Thief are extremely unobtrusive.

You can spend hard cash to unlock fun outfits or bonus levels that you can repeatedly grind through (for free!) to pick up decent coins and gear.

During the review, I was admittedly predisposed to dislike Rhythm Thief for its always-on internet requirement, but I was happy to see that my 45 - 60 minute play sessions usually only drained 15 - 17 per cent of my iPad's total charge.

Also, I caught myself bobbing my head along to the incredibly catchy jazz/funk soundtrack and singing along to the songs as I swiped my way through levels - which is always the mark of a memorable rhythm game.

In other words, despite some misgivings Rhythm Thief & the Paris Caper found a way to steal my heart in the end.

Rhythm Thief & the Paris Caper is a near-perfect rhythm game held back only by its persistent social integration and always-on connectivity requirements.
Next Up :
DC Worlds Collide review - "DC fan service in an enjoyable gacha package"