Rhythm Paradise is a weird collection of music minigames created by the team behind WarioWare. It included a lot of songs that got translated in the localized version.

It started on the GBA with Rhythm Tengoku but the original game never got officially translated.

You'll be able to experience it soon though, with Rhythm Paradise Megamix, a collection of nearly all the songs and minigames contained in the GBA, DS and Wii installments of the franchise. It's coming this year to 3DS.

This is the localization of Rhythm Tengoku: The Best, which was released in Japan last year. Fans were hoping for a port so this is most welcome news.

If you even only like music games I'd urge you to try it, as it's one of the best in the genre.

But maybe I'm a bit too biased, as I'm a huge fan of the series and already imported Rhythm Tengoku: The Best last year. I'd heartily recommend it. 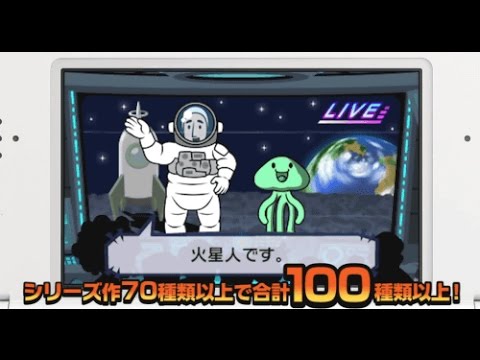