Revolution Ace is an upcoming top-down shooter from Matt Oelfke, a former programmer and designer at Epic Games.

During his time at Epic, Oelfke worked on the Gears of War and Unreal Tournament series. Recently, however, he went indie and founded Laser Guided Games.

In Revolution Ace, you'll be bombarding anything that comes your way. Yes, that means on land, sea, and in the air. You'll have missiles, machine guns, and laser blasters at your disposal. Those poor buggers won't know what's hit them. 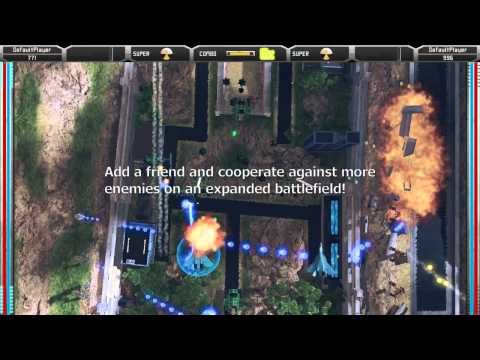 As well as a single-player mode in Revolution Ace, there will be what's called a "Battle Chains" mode.

In Battle Chains mode, you'll be able to shoot through a level and then pass it on to another player who has to deal with the extra hazards from your playthrough. Each round will get tougher to beat, you see.

PC players will also be able look forward to online and local co-op in Revolution Ace. Sadly, those elements will be missing from the iOS version.

Revolution Ace will be swooping onto PC and iOS in March.

Check out the explosive gameplay in dogfighting shooter Revolution Ace