Not a bird in sight at LVL11 (Updated: Out now in certain territories)

iOS + Android
| RETRY
Updated on May 6th, at 14:31: RETRY is now available on the Finnish, Canadian, and Polish App Stores, as a soft launch. Famously known for its disgruntled avians, Rovio has ditched the birds for its latest project, titled RETRY.

Coming out of the Finnish company's new publishing arm - LVL11 - RETRY couldn't really be much further away from Angry Birds if it tried.

Sure there's a whole lot of flying involved, but that's about where the similarities end.

Take a look at the trailer below; 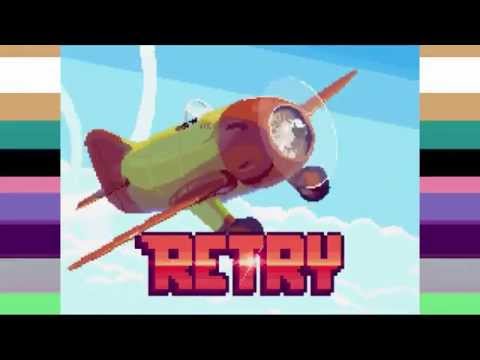 As you'll see it's a retro-inspired one-tapper, in which you press on the screen to fly forward and up simultaneously, and let go of the screen to kill the engines and return to Earth.

It's your mission to get from airfield to airfield, avoiding scenery and obstacles along the way.

Though this might sound a bit like Flappy Bird, and indeed the difficulty of the game is right up there with Dong Nguyen's App Store barnstormer, there's so much more finesse to the controls.

I went hands-on with the game briefly a week or so back, and Rovio's Jami Laes was on-hand to demonstrate some of the manoeuvres expert pilots will be able to pull off, including loop-the-loops, hovering in place, and even flying backwards. 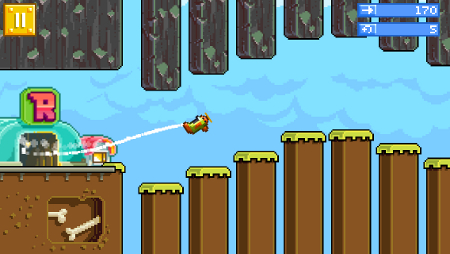 For those wondering, RETRY is free-to-play, and you'll be able to pay for new airports with IAPs if you so desire, but Laes also assured me that it's totally possible to complete without spending real cash.

From what we've seen so far, RETRY is a departure into hardcore territory than Rovio isn't usually known for, with its visuals and audio especially appealing to old-school gaming sensibilities.

It's coming soon to "App Stores" (we'll assume that's iOS and Android) and will be soft-launching in Canada, Finland, and Poland later today.

You can read more about Rovio's new LVL11 arm at PocketGamer.biz.